Moved files between 2 externals do not show up

I have an external 1Tb HDD (named Passport), that was almost full, and I decided to move the files on it to a 1Tb stick named USB D::
The HDD is older and I did not want to lose these files. Also, a folder appeared on Passport, the one that starts with "avjb....." that I could not completely delete. I am afraid it is a virus.
I initiated a move from Passport to D:, to transfer all folders except for the suspect one. It took about 16 hours to complete. The result is below: 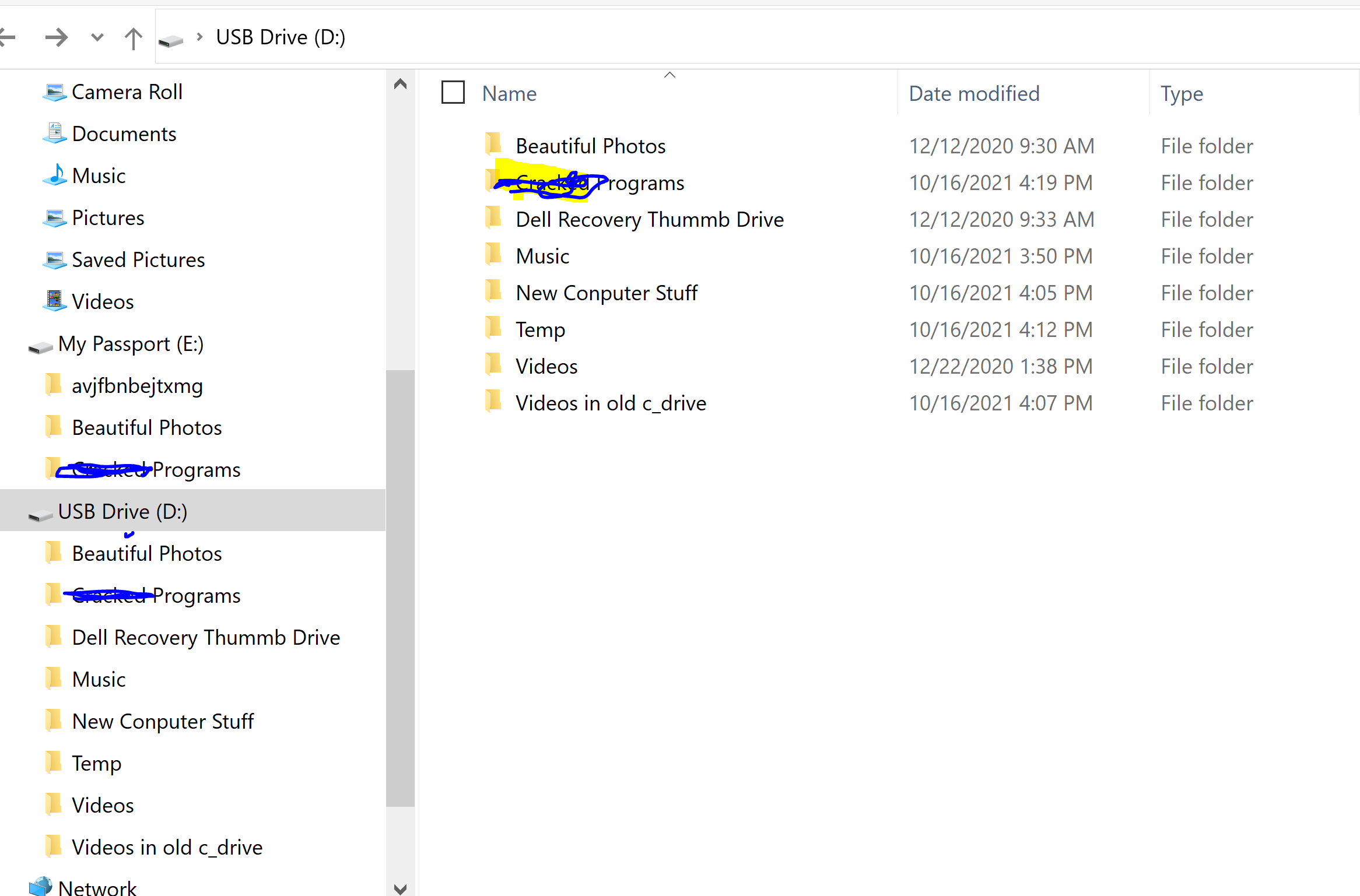 The suspect file was not moved, and the other two folders were copied, not moved. The method to move was to highlight the suspect folder and I chose "Invert selection" and then using the "Move to" and highlighted the D: drive. The folders that were copied contained all the files within the folders on the D: drive. The moved Folders had files in all the folders, except for Music, Videos, and Videos old d_drive, These folders all showed as empty with 0 bytes. 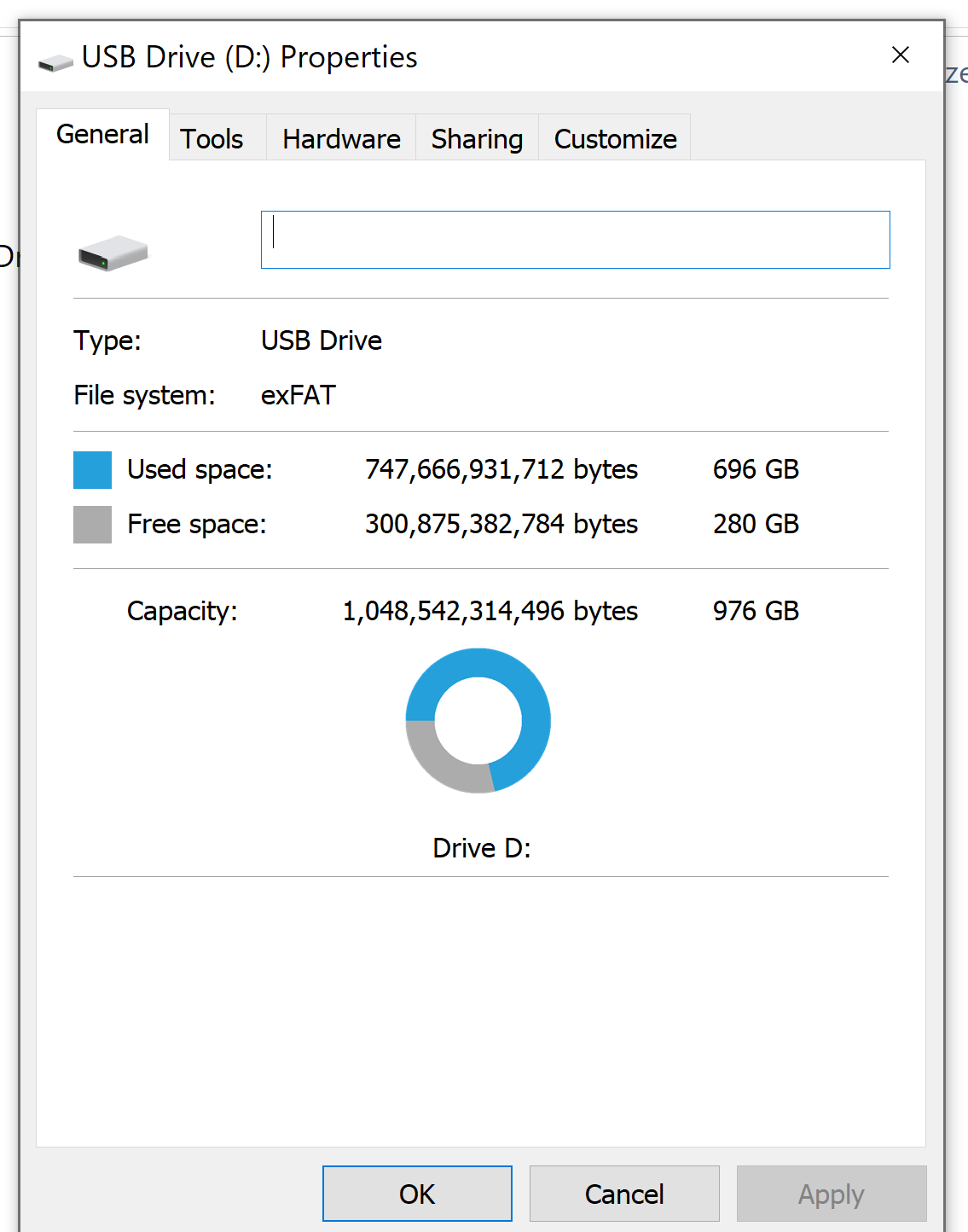 When I look at the properties for the D; Drive it shows as 700GB of used space (which would make sense given how long the transfer took). The size of the folders in which the files show total about 30GB. BUT THE FILES IN THE OTHER FOLDERS DO NOT SHOW UP!!
Show hidden folders is checked; I have used cmd; I have sued Powershell; I have used a data recovery software app; a few other ways I just cannot remember now. All to no avail!! I cannot get those hidden files to show up.

I have run out of ideas.

You are checking in the properties check from file explorer go through files in explorer for real and not in properties.