I did another reset without saving any data, yet there are 5 users (4 are built in, including Administrator). Security warning told me to clear TPM, security processor had issues. I clicked on "clear and reset" and there was no "yes" option, just "NO", so unable to clear and reset TPM. Found same problem every time I tried to make changes to anything, access denied. I can't make changes in User Accounts either. I am not showing as an administrator, just a user. Adding a Microsoft act. to login didn't change anything.

PC been hacked several times since I got it. Is there any hope for using it in peace? It was refurbished from a business, by an authorized Microsoft Tech. Are those built in local users and groups permanent on all Windows 10 installs? They seem to be a terrible privacy/security risk.

Last time I was hacked, I noticed that Windows Firewall had a list of exceptions which could go through the firewall--and the list looked very similar to this list of local built-in group's privileges, but even longer. Users kept getting added and changed until I had no administrative rights.

It seems like "Developer Tools" n Google Chrome was used to take command of the laptop last time. I'll attach screenshots of the local users and groups. Any ideas? Sell my soul to be able to buy a MAC? What would you do? Thanks for any ideas, 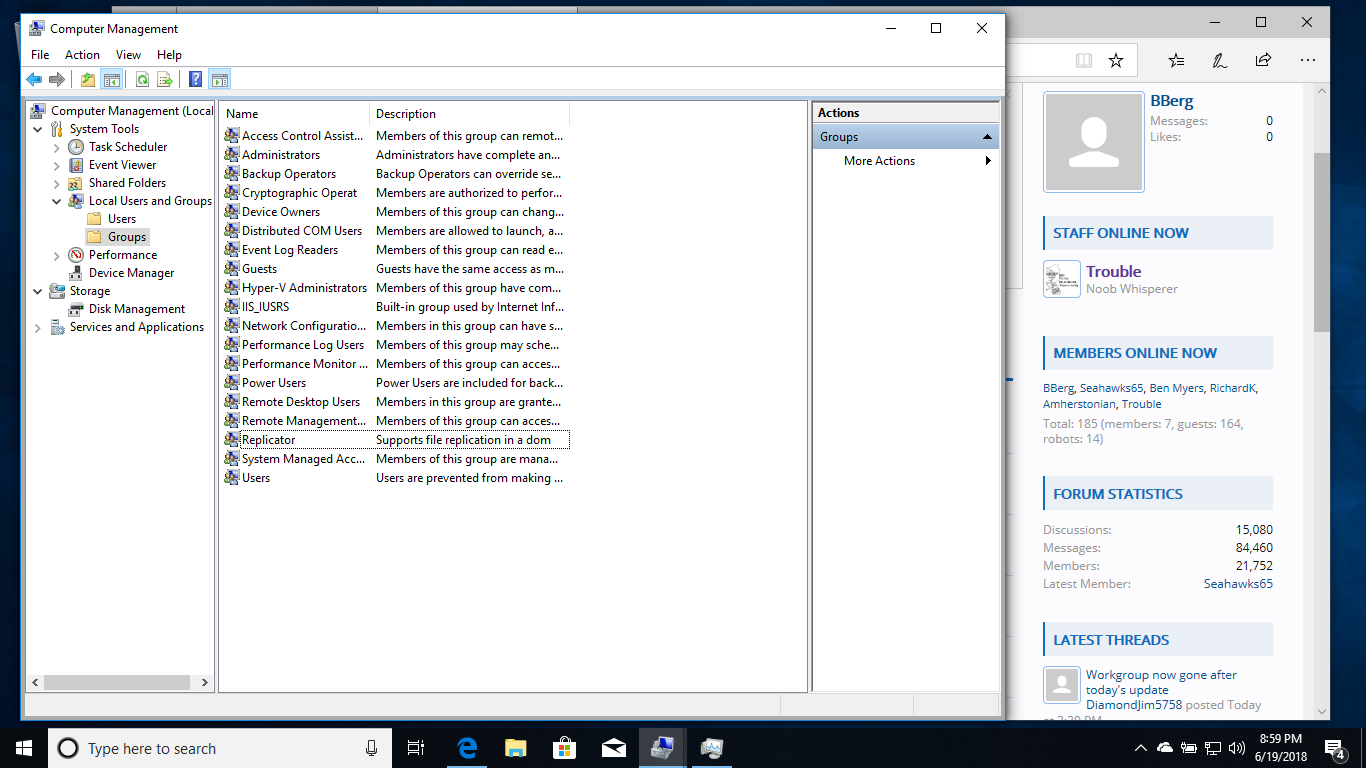 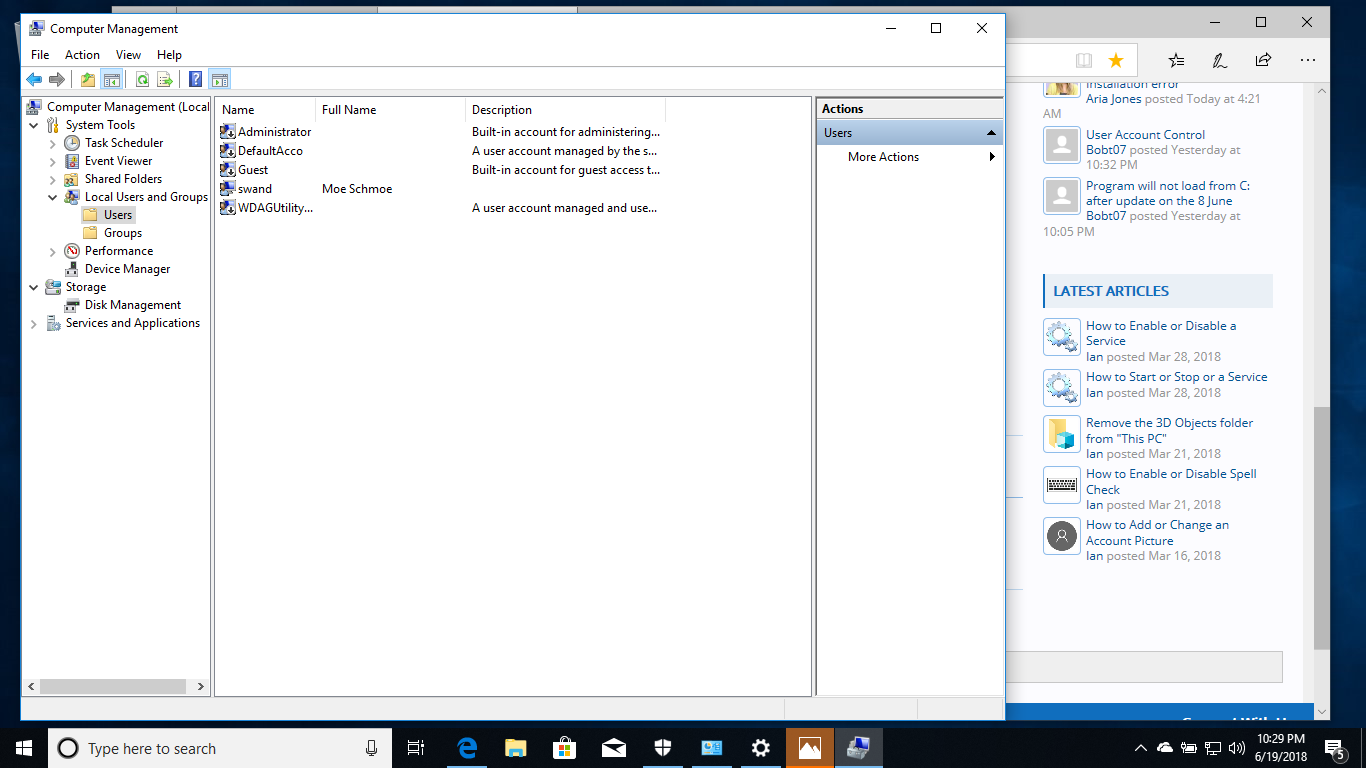 looks pretty normal to me except I do not have "Device Owners" in the [Group] section. Everything else is standard and exists already since NTFS was invented (at least, don't remember seeing this on Win9x)...

BTW: I do not have TPM