Windows 10 version 21H2 carries with it Build 19044.1147 which is specifically different from Windows 11.... It has been said, it will be available publicly this coming month of October, 2021 together with its corresponding ISO...
However, anent to your statement that said ISO of version 21H2(KB19044.1147) is available now, then i will appreciate it if you can provide me the link where it can be downloaded .... Thanks TIM !

So far I have not found either one as an official release. On the Insider website only the 19043.928 is offered for download for the Beta and DEV channel. MS has pulled the 21345 for the DEV channel
At uupdump.net there is the latest Windows11 available for download however not the 19044.1165.
I myself have currently distanced from the Insider versions.

Going over to that you stated
uupdump.net, it's only that ISO of Windows 11 which is available for download, for those users who are interested on the earlier version of Windows 11, bypassing the requirements to install Windows 11 for computers who can't run Windows 11.
As it can be noted, downloading Windows 11 via uupdump.net is so complicated, as the download had to undergo different stages and phases during the process.... A slight error, will instantly blocked the action, leaving your time and effort worthless !...
After all, it's that Windows 10 version 21H2 that i am looking for and not the new Windows 11 OS.
I understand, it will definitely come into being this October 2021, officially for public availability....
Meantime, it's better to wait 2 months more or less, to have that official version 21H2 together with its official ISO, than to face the risk of unwanted bugs and imperfection that may arise, if and when to dive to non recommended actions, just merely to have what one wants to achieve....

Hi Tim,
this is just my reality check, important note about Windows cloud repair/Restore.
Your opening words are absolutely the KEY to the mystery of my loosing my Windows 10 Home: "Window 11 is 21H2."
My system report prints my Windows OS was 21H2.
Too bad I had no idea and burned the ISO already on the DVD in preparation for clean install on new HDD..
Had no idea the update to Windows 11 would actually install on my PC, when it is NOT compatible (so it says).
My Windows 10 just would not Boot without any warning.
Blue screen with a blinking cursor and "Insert a boot-able device and try again". Tried directly fromUEFI boot screen.
After many unsuccessful tries, always the Cloud Windows Repair/Restore menu popped up. Sometimes it took up to 8 tries.
I have tried everything on the menu including troubleshooting boot problems, and even uninstalling last update.
I have tried several times over a couple of days.
This repair had restored all files, checked the HDD etc., all steps finished Successful every time. Yet it would not boot.
There was never any problem with any of my Windows10 or any 3d party programs, prior to this crash.
All were religiously up to date, and daily maintained.
Obviously UEFI was damaged, and or EFI file was altered by the update.
Question:
Why is not a simple Boot repair included, and run as #1 item? it should be programed into the future Windows Repair.
The reason for waking up / initiating this Repair was absence of system Boot.
Replace the EFI boot file. Check and repair MBR partition ...

So now I am forced to run the Windows 8.0 that originally came with my new PC.
That is my only OS boot(USB) I was able to create at the time (2012)
Many start menu tiles never have worked, Store included. Not working because all say internet is not connected, when it is.
Media Creation Tool will not run, and the list goes on.
Simply this update caused a horrific mess.
Thanks for your ear, my best regards
TonyH
Ad

My Version of Windows 10 Pro: 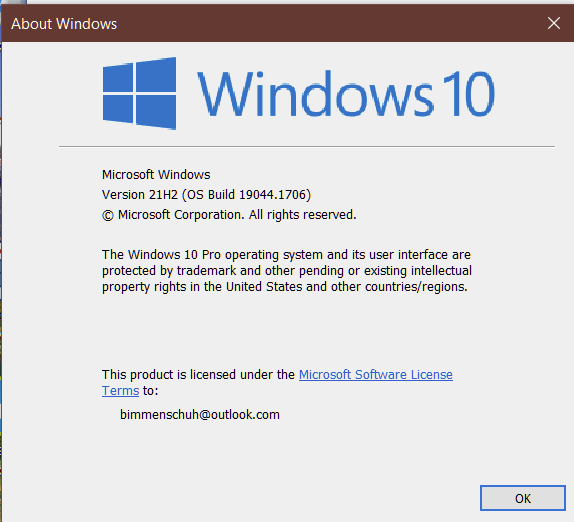 My Version of Windows 11 Pro: 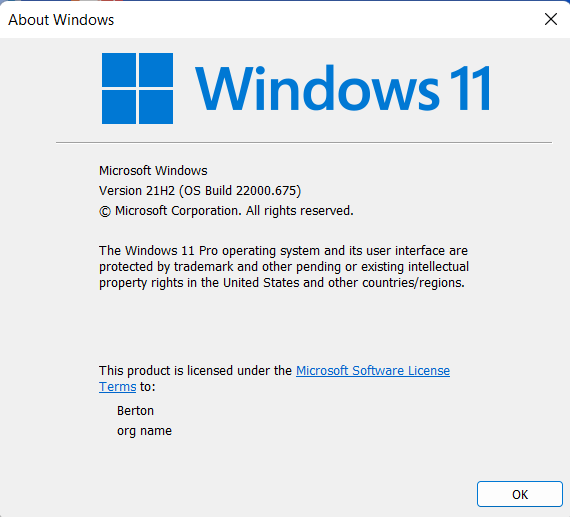 I use the MCT/Media Creation Tool process to get the latest Released Version but there's usually a couple updates to it.
Last edited: May 16, 2022
Ad

Not sure about new updates, Crashed without a reason.
Have downloaded wrong ISO, not noticing the built #.
It does have Home version on it as well, but install is as crappy as only Microsoft can make it.

My Version of Windows 11 Pro:

I use the MCT/Media Creation Tool process to get the latest Released Version but there's usually a couple updates to it.
Click to expand...