Hi, the "Microsoft Windows Search Indexer" is driving me nuts and heating up my PC in my hot little apartment.

Since about about 20 days ago (perhaps it happened after a Windows update, not sure, but I think it has happened before...not sure how or why it stopped last time), Microsoft Windows Search Indexer has been acting very moody, suddenly abusing my CPU like crazy.

What I mean is that even when I'm not downloading anything, even when index is not being rebuilt, every 5-30 minutes (irregularly) that process begins to overuse my CPU. For instance, when I open a Task Manager, I can see Microsoft Windows Search Indexer suddenly rising to the top, CPU usage going from like 3% to 50% or more and my PC's fans start revving up. Sometimes the Disk column also goes to 99% or 100% usage.

In the past I would wait but it did not stop so eventually what I did was right click on the process and ending it (I had to do it several times back to back because usually it showed up again in a few secs). Then in five, ten, thirty minutes, I never know when, it would begin again.

I am attaching a picture of my task manager from earlier so you can see (Though it didn't happen in this case, the Disk percentage sometimes goes up 99% or 100% when indexing starts acting up). PiXhost - Free Image Hosting

What have I done so far?

I have rebuilt the index three times (twice intentionally, once the PC had started doing it itself) in the last two or three weeks. Each time took like 10 hours. But eventually, nothing changed. I have checked for viruses, etc, too.

The only "solution" has been to turn off indexing (based on a tutorial I read): Going to services, right click on Windows Search and disabled and restart PC. Yes, that worked and the indexing stopped (actually usually shows up again once or twice right after I restart but no more).

Couple of times I tried turning it back on after another restart but then same problem occurs as before, so I have left it off.

This solution works in one sense but I need indexing turned on to help me search through about 100,000 pdf files that I have on my PC. I'm a biology student and these are files I use everyday.

I have been unable to find a replacement for Windows indexing. I have tried a few software but they either search only the titles of my pdf files or when they search inside them, it takes much longer and is much less complete than Window's indexing, to the point that they're useless.

Tech newbie, know next to nothing about computers.

Microsoft Windows Search Indexer process (and perhaps related processes) suddenly begins using too much of my CPU, something that happens irregularly but often.


I much appreciate any suggestions/help that you can offer me. Thank you.
Ad 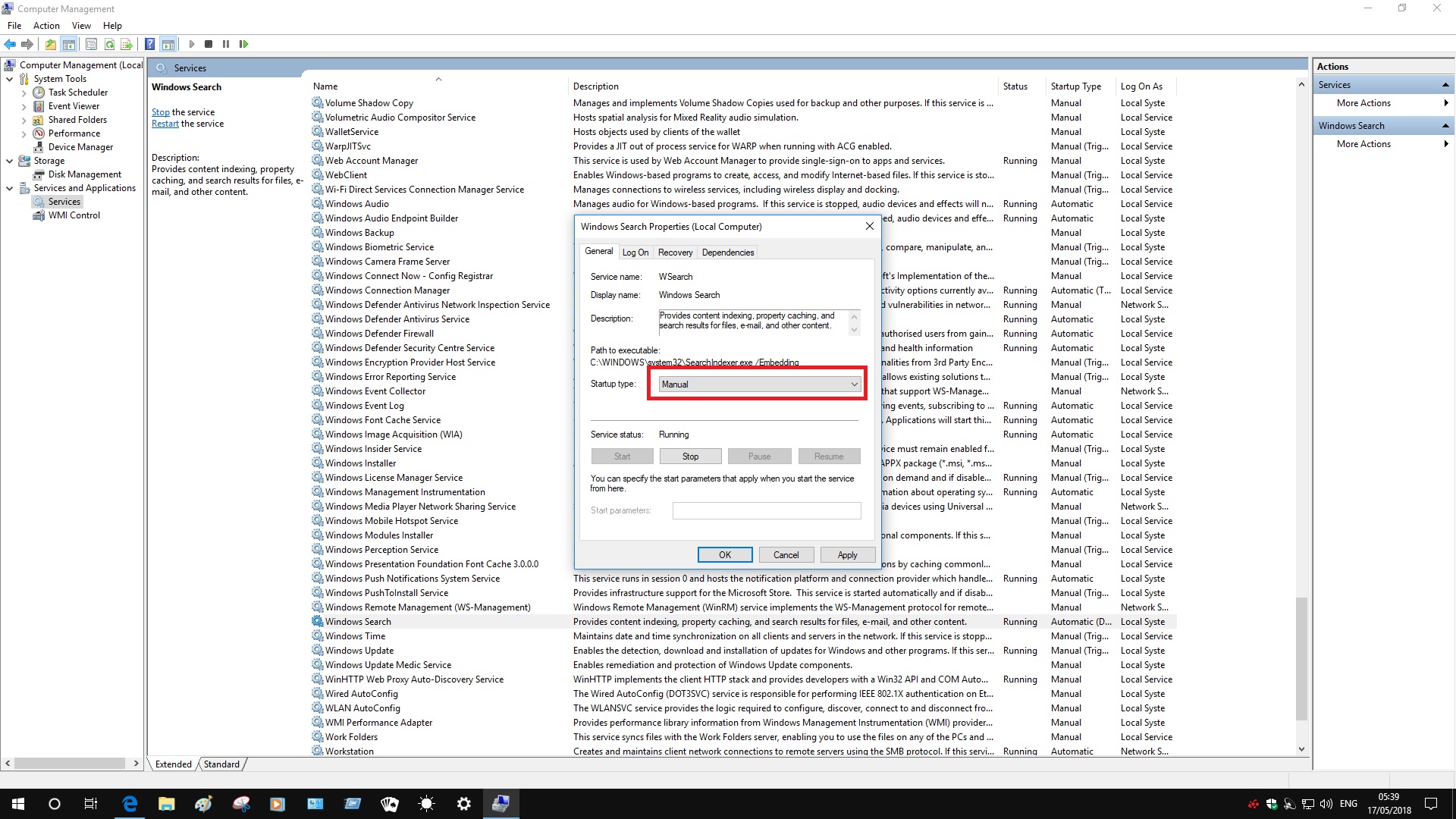