I've just upgraded to Windows 2010 and was wondering if there was any way to add alternative voices or languages to the Text to Speech feature.

Currently I have MS Hazel (British) and MS Zira (US).

As an Australian, Hazel is the better fit to the language I speak, however my Word documents have a choice of English (British) or English (Australian) as my spelling/grammar options - but if I select Australian English, the TTS voice defaults to the Zira (US) voice.

I can only get the British voice if I set my documents to English (British) spelling/grammar - which is what we use in Australia, so that's not such an issue - but I find both the female voices rather irritating and would like to add either a male voice, or at least an Australian voice.

I found documents that suggested how to do this on earlier versions, but the solutions don't seem to work on 2010. Can anyone offer any advice on how to add different voices or languages to 2010?
Ad

does this help at all?:

The Australian male voice wouldn't be called Bruce by any chance would it?.
A

does this help at all?:

The Australian male voice wouldn't be called Bruce by any chance would it?.
Click to expand...

Ha ha... Bruce would be awesome

I found an Aussie voice called "Hayley" (so shoulda been "Sheila"), but it was only compatible with earlier versions.

Meanwhile, thanks for the link, although it seems to be for "Eva", another US English voice. I don't even have "David" who I used on 8.1. 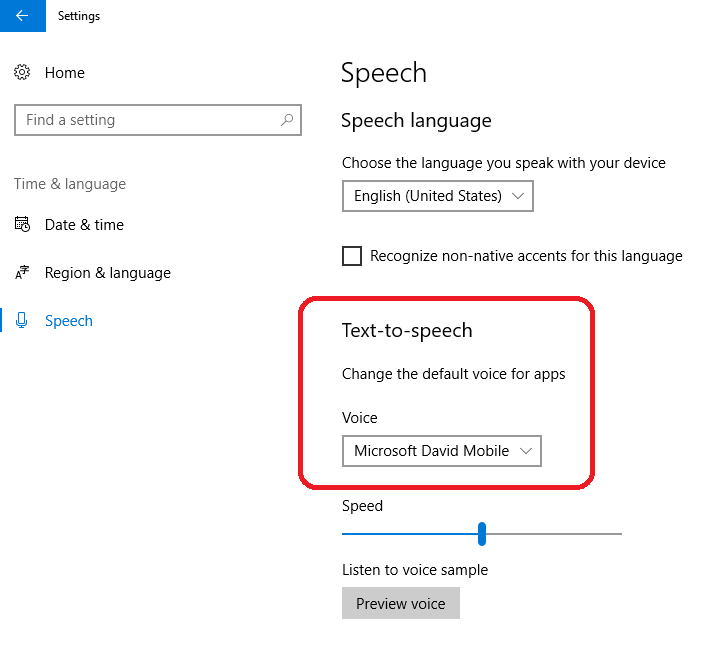 If voice options is limited you can download more:

If voice options is limited you can download more:

Thanks for your suggestions.

Following the steps above, I already have "Australia" installed as the only language, but the text to speech feature in Word (right) only has a choice of UK "Hazel" or US "Zira". 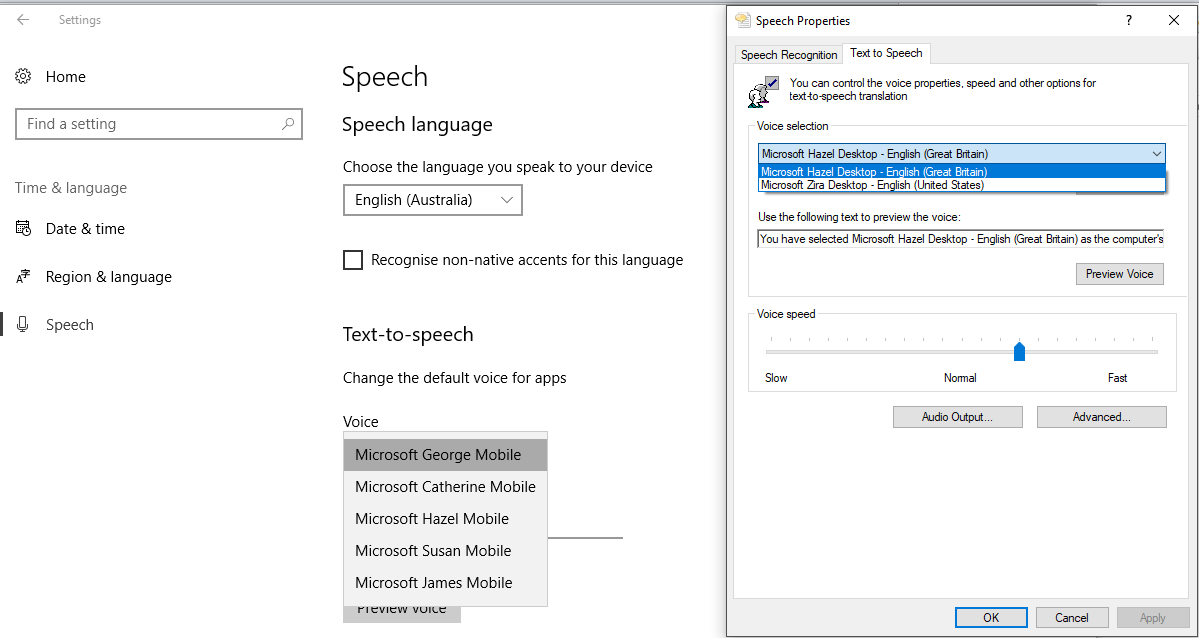 I've selected Microsoft George Mobile under the Settings (as above) - which is a fantastic voice - but it doesn't appear in the Word text to speech function which is where I use it most (I'm a copywriter, so having a voice to read my work back to me is invaluable).

This is where I want to be able to change or add a new voice; I don't even have David anymore.

It's kind of weird that there are 5 voices in the settings, but only 2 appear in the Word TTS function.
You must log in or register to reply here.