I just bought a laptop a week ago and aptio setup has booted up randomly when idle at least 5 times now. I did swap out the SSD and reinstall window on a new one with more storage, I'm not sure if something went wrong while doing so. The first few times happened when the lid was closed so I assumed keys were being pressed by the lid, but that was disproven after being open and idle on my desk and aptio booted up. I've noticed it only happens when it's not plugged into power. The last time it happened immediately after unplugging from the charger. I have already opened my laptop up to make sure the SSD was not loose. To be clear, this does not happen when starting/booting up the laptop. Only after being left idle (and powered on but not charging) for a few minutes.
Ad

there are some tips on the following link but don't download anything unless you feel comfortable in doing so!. USE AT YOUR OWN RISK! (The Mini Tool I mean!). 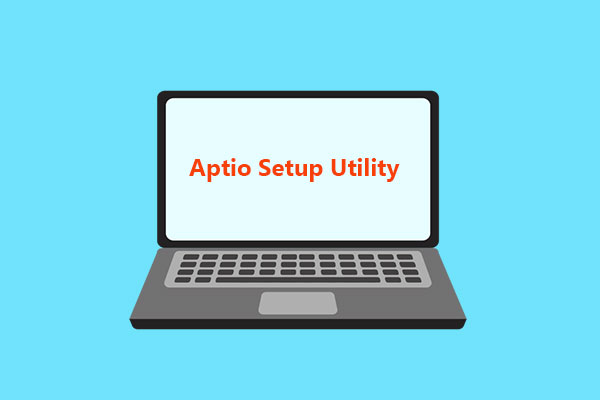 What Is Aptio Setup Utility? How to Fix If Asus Stuck in It?

there are some tips on the following link but don't download anything unless you feel comfortable in doing so!. USE AT YOUR OWN RISK! (The Mini Tool I mean!).

What Is Aptio Setup Utility? How to Fix If Asus Stuck in It?

Thank you, but this is not the same issue. My computer does not get stuck in the BIOS menu. I have no issues booting up my computer or leaving BIOS. My issue is that BIOS boots up randomly when my computer is already running. If I'm using it, it's fine. But if I walk away for a few minutes I'll find the BIOS menu on my computer instead of whatever I was doing before I stepped away.

try disabling "Secure Boot" which I found at the following link.

try disabling "Secure Boot" which I found at the following link.

I have already tried that. The issue still happens. As I said before, my computer is not stuck in BIOS. It goes into it randomly.
Ad

Does the following help?.

I have a Asus x200m that randomly froze on me. I shut it down and started it back up and now I am stuck in the Aptio Setup Utility. Ive tried everything and am still stuck in this menu and cant boot
answers.microsoft.com
Ad