I have two HP laptops, both running 20H2 with the latest updates. A problem that existed before the upgrade did not go away after the upgrade like I thought it would.

Both machines are networked through an ethernet switch to the router and to a printer. I have shared folders on both laptops, and printer sharing is also turned on. When I first turned on sharing, all my shared folders appeared in the File Explorer navigation pane under the Network on both machines, and also in the main pane when I opened the network folder. Sporadically they would stop appearing on either of the machines, sometimes on one, sometimes on the other, sometimes on both. I haven't seen the shared folders in the Navigation Pane for several months now. I was wise enough to map the shared folders as drives on the appropriate machines, so I know my network is good- I can access everything through the mapped drives in My Computer on both machines, and the mapped drives appear in the Navigation Pane on both. i have no problems reading or writing to anything. I have no trouble printing from either machine- basically the network runs just fine. In the opened network view, the two laptops appear as media servers only- the laptops themselves do not appear like they used to.

It's more of an annoyance than anything- it doesn't affect functionality at all, but it just irritates me that what used to work now no longer does. It appears to me that this is just a problem in File Explorer itself. I tried a half dozen or so File Explorer replacements, and they all do the same thing.

Here's two screenshots from one of the laptops. You can see all of the mapped folders in the main pane and in the Navigation Pane, but if you look carefully down in the lower left corner of Network.jpg you can see there are no shared folders shown under the network like they used to be, so anything that's not mapped is not accessible. You can also see in the main pane that the two laptops only show up as media devices and not also as networked pc's like they used to. 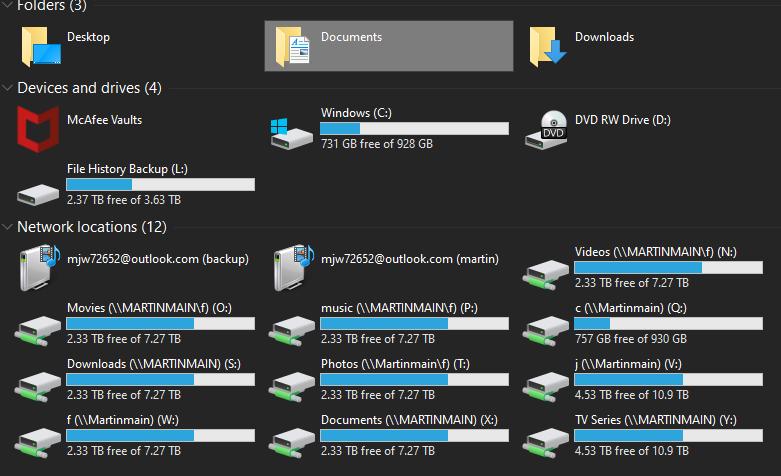 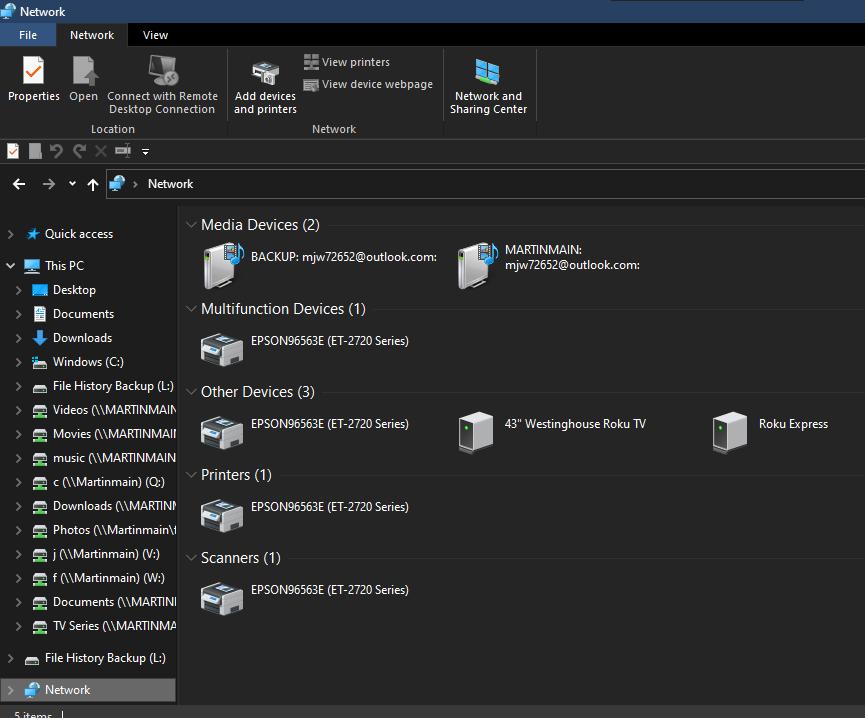 I don't network myself but below are some links whereby you might stumble on an answer?. Good luck.

File sharing over a network in Windows 10 (microsoft.com)

How to share files in File Explorer on Windows 10 (microsoft.com)