I don't use it but I would think that uninstalling the Groove Music app itself would do it for you?. 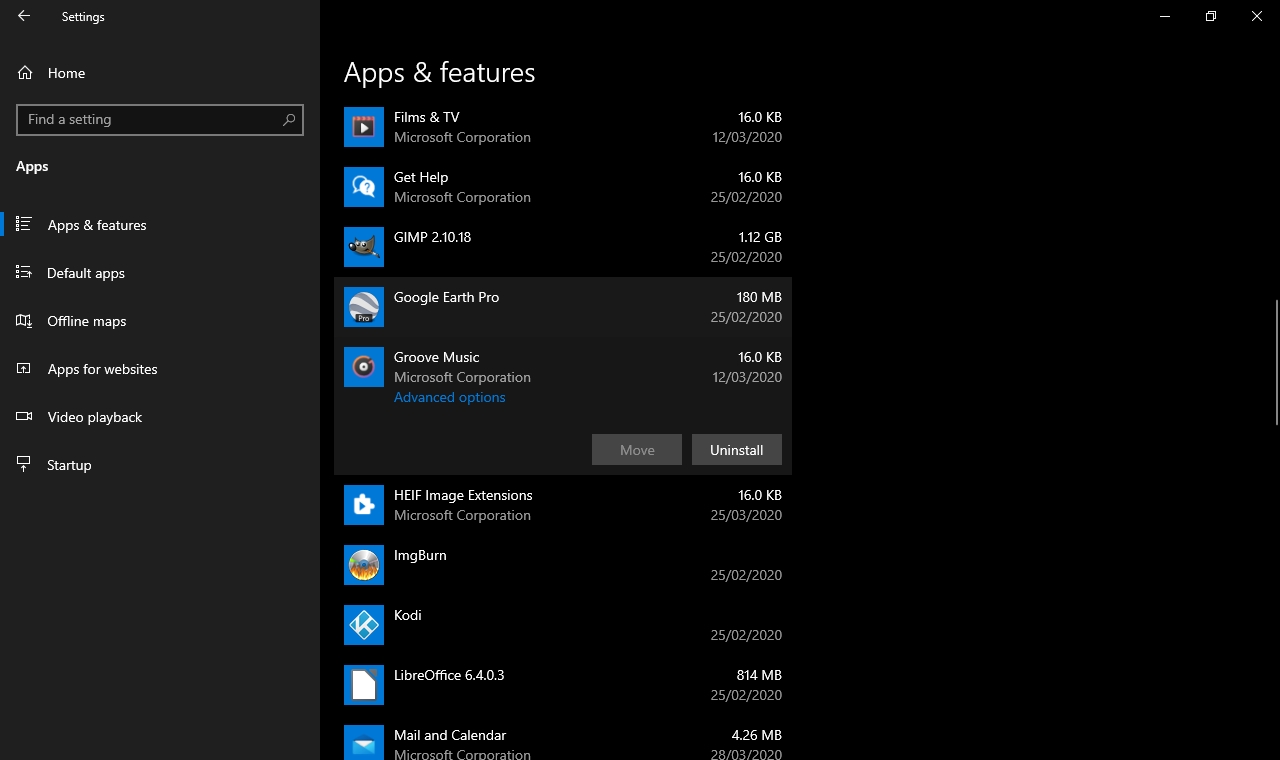 bassfisher6522 said:
how to turn off that annoying Groove volume control panel?
Click to expand...

Not exactly sure what the "Groove volume control panel" is.
Can you explain what exactly you're doing that produces the "panel".
Are you using your keyboard to control your sound volume?

I long ago switched my default music player to Windows Media Player in default apps.
Not sure if that is necessarily any better than what you are currently experiencing.
When I double click an mp3 file Media Player launches instead of Grove Music App.

IF it is showing in the volume mixer I don't know how you might disable it.
Pretty sure that Microsoft considers this function a "feature" and not an annoying bug.

PS...
After doing some searching around, I've found what is evidently an "app for that"
Apparently, it doesn't disable it, but will allow you to "hide" it, so....
Not sure if that helps or not

Windows 10 and 8 include a volume display that appears at the top left corner of the screen whenever you adjust the volume using a shortcut key. Microsoft offers no built-in way to disable it, but there is a way to hide it.

PSS....
See if this might help with your Chrome issue

Thanks Trouble. I've already have the key extension disabled with "Flags" in chrome. I've know that trick for some years now.

I use the MS "Groove" music app. I like it better the windows media player I'll see if the hide trick works and keep you posted.

Nope.....that volume display is fine. it's this piece of crap

As you can see the groove symbol on the right. It only appears when using the app. That is what I want to hide or disable. Freaking MS!

I can't find anything in the Groove app settings....but being so freaking blind now I might not be seeing it.

OK.... I got nothing.
That image looks like some kind of mini-player or something.
Those types of OSDs (On Screen Displays) are generally produced by multimedia keyboards and can generally be controlled by the software packages that come with such keyboards.
I think even Microsoft's own IntelliType keyboards and software have something that allows you to toggle that stuff on and off.
Ad

It's been a quite while since the last answer was answered for this thread but I have just created an account to answer this question. I really acknowledge your problem because MS doesn't care about consistent design and organized PARTS of the operating system and I suffered from this too. Although most of the people think Windows 8.1's design is garbage, IT'S NOT. I am on Windows 8.1 right now and i can tell you Windows 8.1's design is not consistent but at least it's metro design and desktop environment is completely independent from each other. Probably I was too verbose. These images and explanations won't solve your issue but it will change the way you're looking at this OSD and Windows 10.
First of all, that disgusting Groove icon. In Windows 8.1, it has very elegant icon that shows MS worked on this icon specifically for the Music app. They share the same icons with the Music app.

Secondly, Some people may remember the charm bar which shows some buttons on the right and time, date and the internet connection on the left bottom when opened. That time and date overlay was designed same with volume overlay in Windows 8.1 and they are coordinate. They have same background color, same shapes, same font. 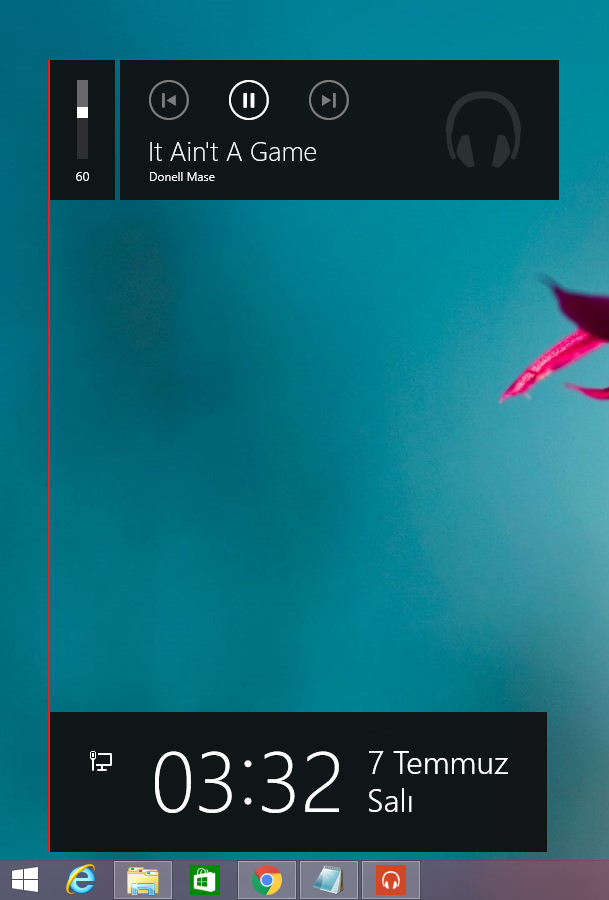 Thirdly, not only the icon, control buttons (previous, play/pause, next) were designed specifically for the app. They both share the same button design (which must be in an OS for better visual). These buttons from the Music app appears when you enter now playing fullscreen mode. 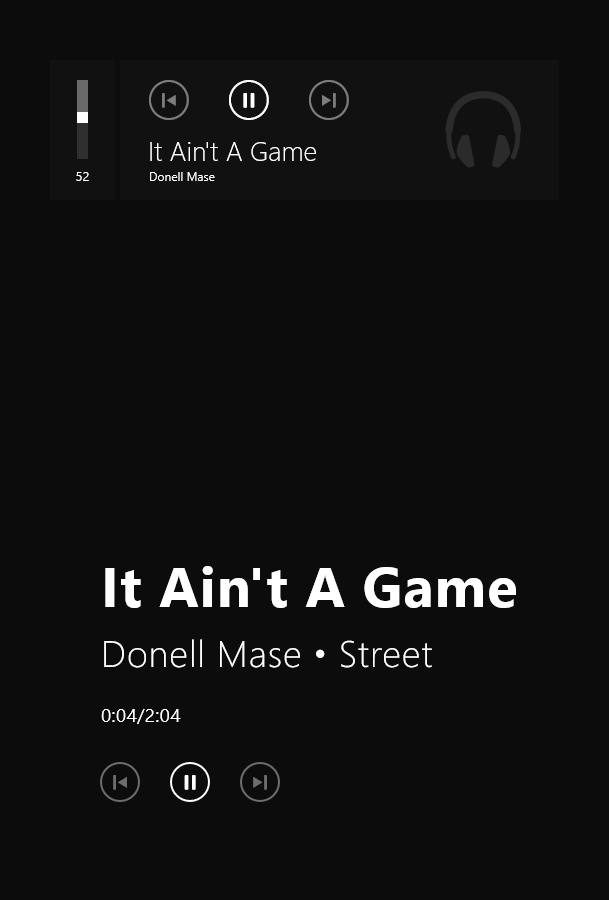 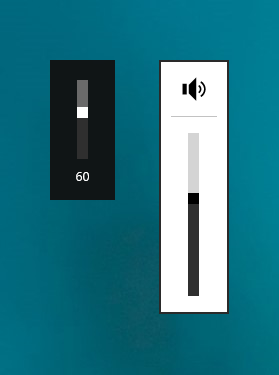 They share the same design language. If you try to adjust your volume from the taskbar on Windows 10, you will see that it is reworked not like the overlay I showed above.

Conclusion: You shouldn't cry because of this crap because we learned that MS didn't make any sh*t for Windows 10, they just copied it from its predecessor. So you have two options: Imagine that MS will rework it and live with it. If you can't, you can install HideVolumeOSD program, but it hides everything, even the slider. The other option is switch to a different OS.
Apologies for spelling and grammar mistakes.
Ad

Thanks for the input.....looks like I'll just be living with it.