Thought I would pass this along, in case anyone might have missed it.
Not sure exactly what happened but I noted that when I applied this, I had been running this 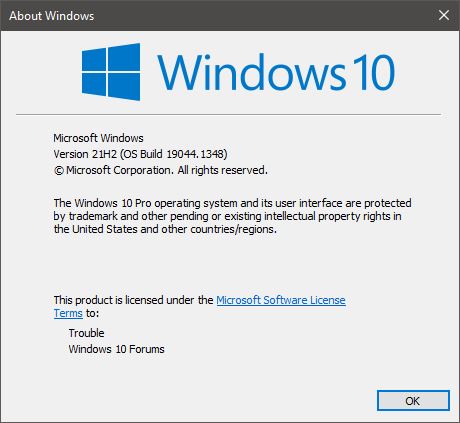 And after the update I ended up with this 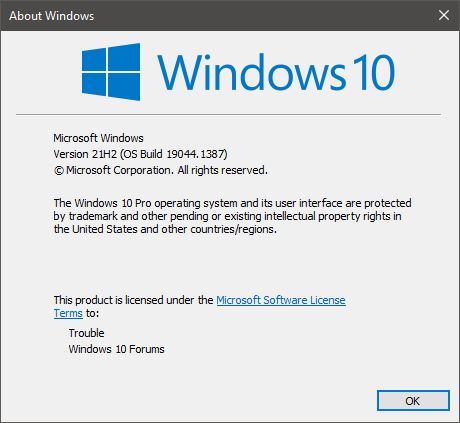 Not sure of what happened to the 19044.1382 that was actually mentioned explicitly in the article.
Evidently, by the time I got around to acquiring it they had already updated the "preview".

This is not a "preview" in the sense of an "Insider Preview"
This is for the current public build currently for Windows 10, which I expect will be broadly available sometime after the holidays as they have already announced that their work schedule will be somewhat abbreviated until after the New Year.
Ad

Just saw this post and went to the History page. It looks like they pulled the 1382 and put the 1387 in instead.

Learn more about updates for Windows 10, version 21H1 , including improvement and fixes, any known issues, and how to get the update.

These previews are actually non-security updates (also known as C-updates) and they are usually OPTIONAL although they will be included in the next B-update (also known as second Tuesday updates).
Ad

Yep.
The section that I copied and pasted verbatim in the quote box in my OP (SOURCE link) above has completely changed.