I've just moved flat and when I setup my desktop PC again, Win 10 does not see the external USB 3.0, 1 Tb disk drive I have on my system. I had previously noticed this with another small drive but hadn't got round to dealing with it.

The drive is present in Device Manager, and the driver is fully up to date. My system automatically updates Win 10 so that's up to date too.

What can I do to make this work?

This happened to me a couple of days ago. My USB 3 external drive disappeared.
The device end of a USB 3 cable is not well engineered. Ensure it is seated in the socket exactly square on. This worked for me.
T

Thanks Tim, but everything is tight and fully pushed home.

Look in the device manager then disk management and check if the drives appear there. You might have to assign them a drive letter....
T

You're right - the drive letter is missing- though I'm baffled as to why these would change.

Disk management is not something I'm familiar with, but it showed the missing drive without a drive letter so I added one ('E', 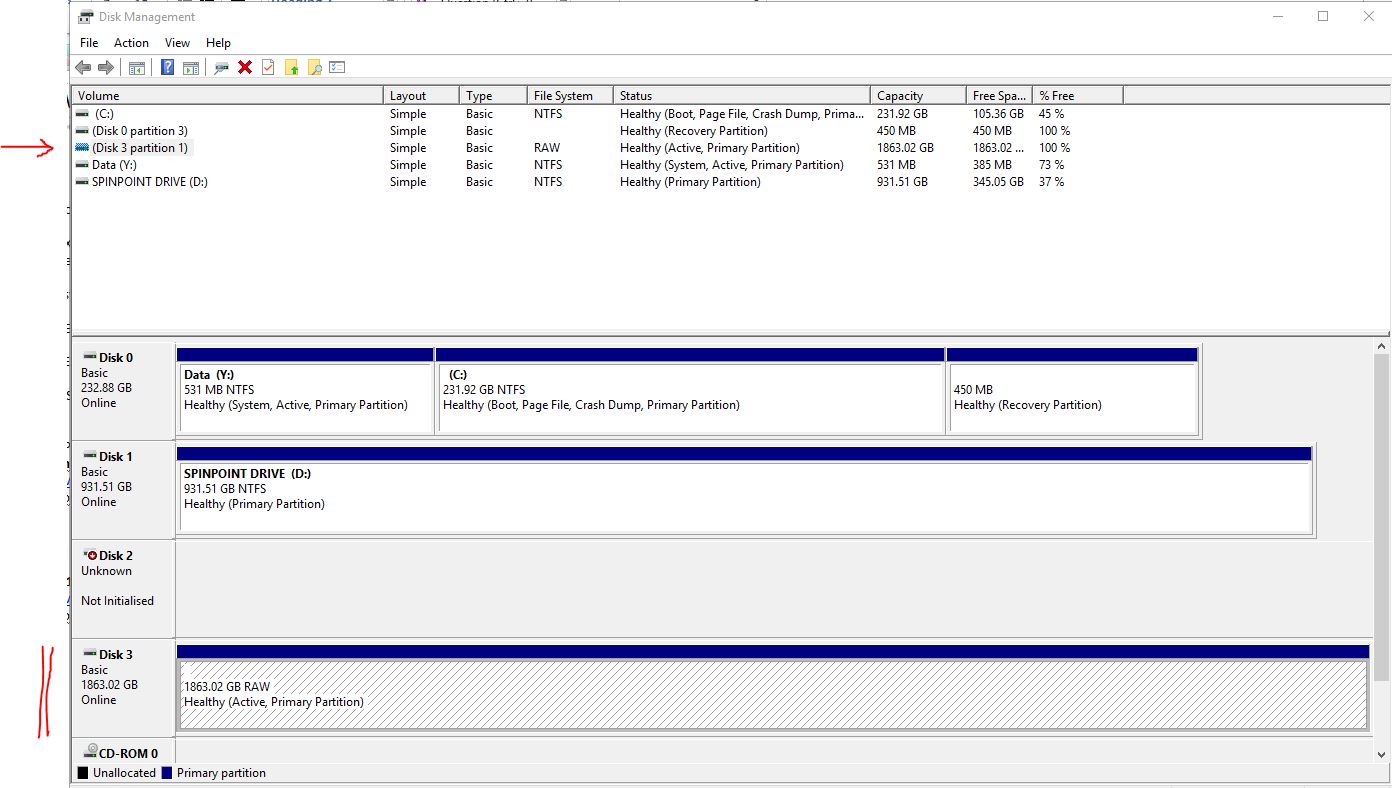 which is what it should be), but this sent the machine into some sort of crisis with desktop icons appearing and disappearing and everything slowed to a crawl. It didn't recognise it as an NTFS drive, but showed it as RAW (don't know what that is...). So I re-booted and removed the drive letter I'd added, and the machine is now behaving normally again but still doesn't recognise the drive.

I've attached a screen grab of the Disk Management screen. The 'missing' drive is indicated as 'disk 3 partition 1'

Because I have crucial data from the last two weeks that is not backed-up, re-formatting is not an option.
Ad

RAW means unformatted partition. That also means, if you format it, everything on it will be lost (maybe it is already).
I saw you have another drive that is apparently new to the system (Disk 2). This drive has not been initialized nor partitioned or formatted. I hope there is nothing on it you need anymore....
Ad