USB name not showing up in my two Windows 10 computers

Hello, new here.
So I have two computers that run Windows 10 (an HP Elitebook, with a Win10 Home Single Language installed, and a Dell Latitude E7240 Ultrabook Windows 7 that is upgraded), and I have one driver (or at least, one) that I use for important info. When I tried to rename it (still starting out under my possession), both of the showed up the two names I put. Why two? Turns out that I have two partitions in one Hitachi driver. The two names showed up, however, a teacher of mine asked me politely if she can use my hard drive to store important files that we need. I went for it since she really needed to do it so badly. When she gave it back to me, the drive is working properly, everything works properly, yes--except that the fact that the two names reset and both became "Local Disk". However, when I checked the properties, the local disk, with files in it, the E: storage folder, has a freaking name on it (to be more precise: i populated it via properties) and it says the name I put in the E: one. However, the one with more storage, F:, is just plainly blank (both of them were reformatted to fix this issue before, but it immediately came back when another device gets the drive plugged in). I tried the method I used before-- via properties, the autorun file, the disk properties, the file explorer, the cmd-- it still doesn't do the job. But on other computers (most specifically my other workmates' laptops that mostly run Windows 7), the name is there. I asked them to rename the drive when it's plugged into their laptops, they renamed it, but still--no use. (like for example, your hard drive name is "Bob's Files", you asked your friend to rename it in their computer, they entered "Why", like what you asked for, but the drive still remains to be named "Bob's Files" no matter if they replugged it in, restarted the system, or anything). I am vastly disappointed, maaaaayyybe I shouldn't share it anyway lol.


I might try removing the advanced sharing option, but I am afraid even this computer can't access it. Overall, the drives work perfectly, but yeah-- the name keeps me bothered lmao.
Ad

And yeah, just to say-- I reformatted the F: twice, one before and one after this problem occurred.
Ad

what does disk manager show you?: 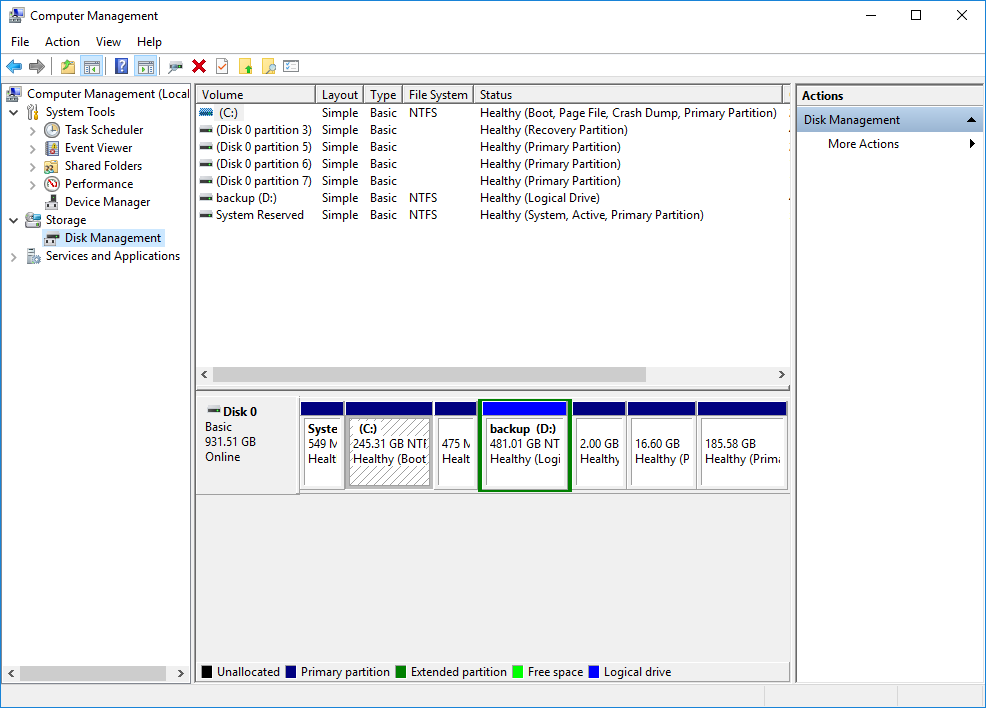 Are you on an internal network in your workplace/school?.