I've been trying to merge a 3D print I purchased which comes in 17 pieces of a total size of 3.29GB's.

I've never used 3D Builder before but I've been told by others to combine all the pieces into one this is the easiest software to do so, except so far it has not been at all.

My first attempt was dropped them all into the software which it auto combined them and then I went to save as a STL file and after 5 mins the software crashed. I then tried to save it as the default file format (can't remember what it was called) and left it for multiple hours with it saving and nothing seeming to happen. I cancelled that, and started again, and then discovered the merge option which I am currently running right now to combine all the pieces into one and thats been going for over an hour now as well with no indicator to how much longer or if its crashing again. 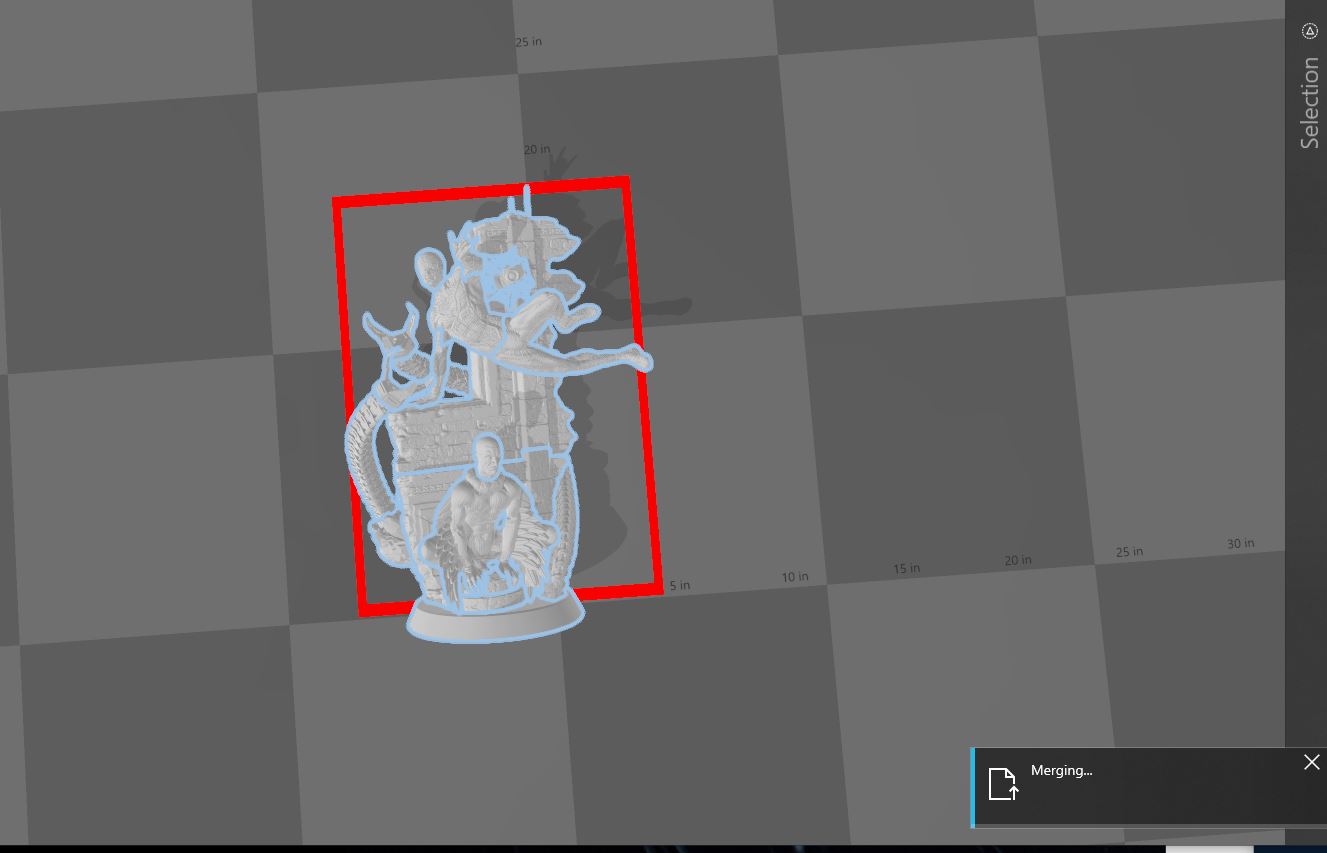 Update. While I was out letting it wrong. It crashed during the Merging....