Can anyone tell me 'why chromebook' over windows/linux?

Let me start by saying that please don't bash me, I just want to understand the real advantage of chrome books over traditional OS'es. I will be purchasing a new laptop in next 2-3 months, so this is why I'm here.

We are seeing release of multiple chrome books nowadays, mostly are priced around $500. Latest example is Dell's 2-in-1 Chromebook with an i3, 4 GB RAM, full he touch screen and 128GB eMMC storage for $600.

For me, or as far as I know, the advantages (over a chromebook) of purchasing a windows powered laptop are these:

So could you guys update me from chromeOS point of view. What are the advantages of choosing chromebooks?
Last edited: Sep 30, 2020
Ad

You may not have much response from members of a Windows Forum about the positive advantages of a Chromebook.
Other than a couple grandkids that have them, courtesy of their schools, I have no personal experience with them.
You may get a more informational response from asking the same question on a more specifically targeted forum, perhaps

the biggest downside of a Chromebook V MS OS is the lack of support for certain types of hardware. A good example would be a USB TV stick, I doubt very much that the devs have Chrome OS drivers for them which starts the ball rolling on manually copying .inf files into the firmware folder, not many people would be able to get the TV stick to work!. I am lucky that my USB TV stick (Hauppauge https://www.hauppauge.com/ ) does have drivers for Ubuntu based systems.

As far as cost goes, I would buy either a pre-installed Windows computer or one that has Linux installed. There are many units already out there.

Another problem with Chrome OS is that it is a giant piece of Spyware in my option!, Windows 10 is the same!.

I can think of no reason to buy a chromebook. But I would not buy a Dell. On the principle of not messing with success I would look for a Lenovo if I needed a new laptop. My old one is 8 years old now, still works as expected. I bought it used.

I need to ask. Seven Dells in the family. What's the problem, do you think?
To date, none of the family have had any problems with cumulative updates or compatibility. Etc.

- Not sure what this has to do with a Chromebook though??

$500 seems like a lot of money for a Chromebook considering the biggest advantage is supposed to be the price (I've seen them for half that at local retailers). Chromebooks run Chrome OS and can't run Windows apps, only apps from the Chrome Web Store.

Here's something that may help you decide whether Chromebooks are right for you: 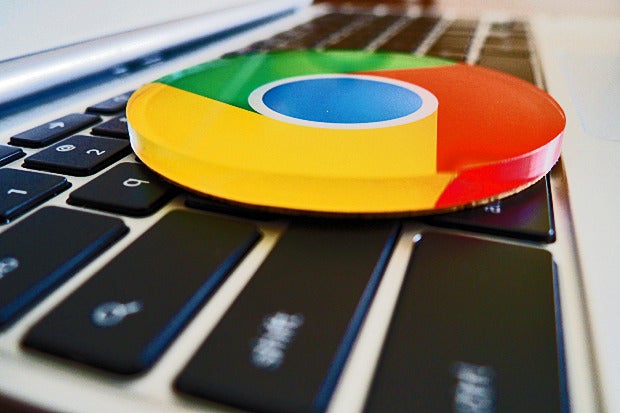 Is Chrome OS right for you? A 3-question quiz to find out

Chromebooks aren't like regular computers — so are they right for your needs? These three questions will help you find the answer.

Even if you do decide to go the Chromebook route $500 is too expensive. Given the limited capabilities of Chrome OS you're probably better off buying a high-end android tablet with keyboard.

@Tim Locke: I have a Dell Inspiron Zino 400 desktop from 2009 that I installed 1903 in June 2019 and have been using it daily as a HTPC with no issues. Maybe you just had bad luck with one Dell.
Ad

Actually ClippyBeer I have friends who buy Dells. Every other new W10 release there is a driver problem...an upgraded driver is always available but ( just like Contextant audio on my Lenovo) MS seem to never get around to putting the new drivers in the release.

I’m lucky then. Never happened to me. Normally, Dell, or any hardware manufacturers, supply the latest, known compatible, drivers to MS, who then include them in there updates. Naturally, Dell or any computer producer, rely on the components in there products, as being updated accordingly.

Personal experience is very important to share for the benefit of all, just so everyone admits that it's personal.
Personally I've had very good luck with Dell Laptops, while I've had more favorable experience with HP Desktops.
Professionally I've probably repaired / serviced an equal number of each of both and often had very little to do with physical components.
BUT
That's just my personal experience and everyone's personal mileage may vary.

Low end cheap components bring their own special aggravation and it doesn't matter if I built the system or someone else did, including big brand names.

Those of us who went through the Sears (Packard Bell) fiasco and then a bit later the similar Gateway embarrassment probably have some of their own stories to tell.

Some historical memory of the changes in the last several years: these were in computer-oriented news and one was HP buying Compaq to get their Proliant servers, Gateway bought eMachines to get a 'value' line and in turn was bought by ACER, IBM spun their hard drives off to Hitachi to HGST then spun their computers off to Lenovo and Dell bought Alienware. More than a couple hard drive brands have merged to others. I use HP and Dell computers [both Desktop and Notebook], have an ACER Aspire Notebook, wife has a Toshiba Notebook, they all do much the same jobs but can have the same foibles at times. Google Chrome machines can be as expensive as PCs but Apple's Macs beat both on that front, had one but too expensive to repair.

I forgot to mention, under no circumstances purchase a laptop/notebook/Chromebook that has an "Atom" CPU in it, they are slow as a snail and you will regret it, most Atom CPU's have a very low speed (1.6GhZ) and little RAM installed. These days, I would look for an AMD Ryzen based system myself!.
Ad

A Chromebook may come with Google Docs, haven't used it yet but some of the folks in the school where my daughter works have not been very satisfied with the program. I think it may be more about changing from the familiar but productivity can suffer initially and tends to smooth out over time and more use.

Always ready to learn new things and experiment I ran across a product called "CloudReady" by a company called Neverware.
IF you're interested in having a Chromebook to play with, this is the software I would recommend.
Been playing with it for a while now and am quite pleased with the results on an older HP Laptop I had setting around doing nothing.
It wasn't on their list of devices, but I figured.... what the heck and gave it a go anyway

Seems Google agrees with me, as they just bought the company.
I don't know if that bodes well or ill for the future of the product but so far, so good.
Best of all the Home version is free. 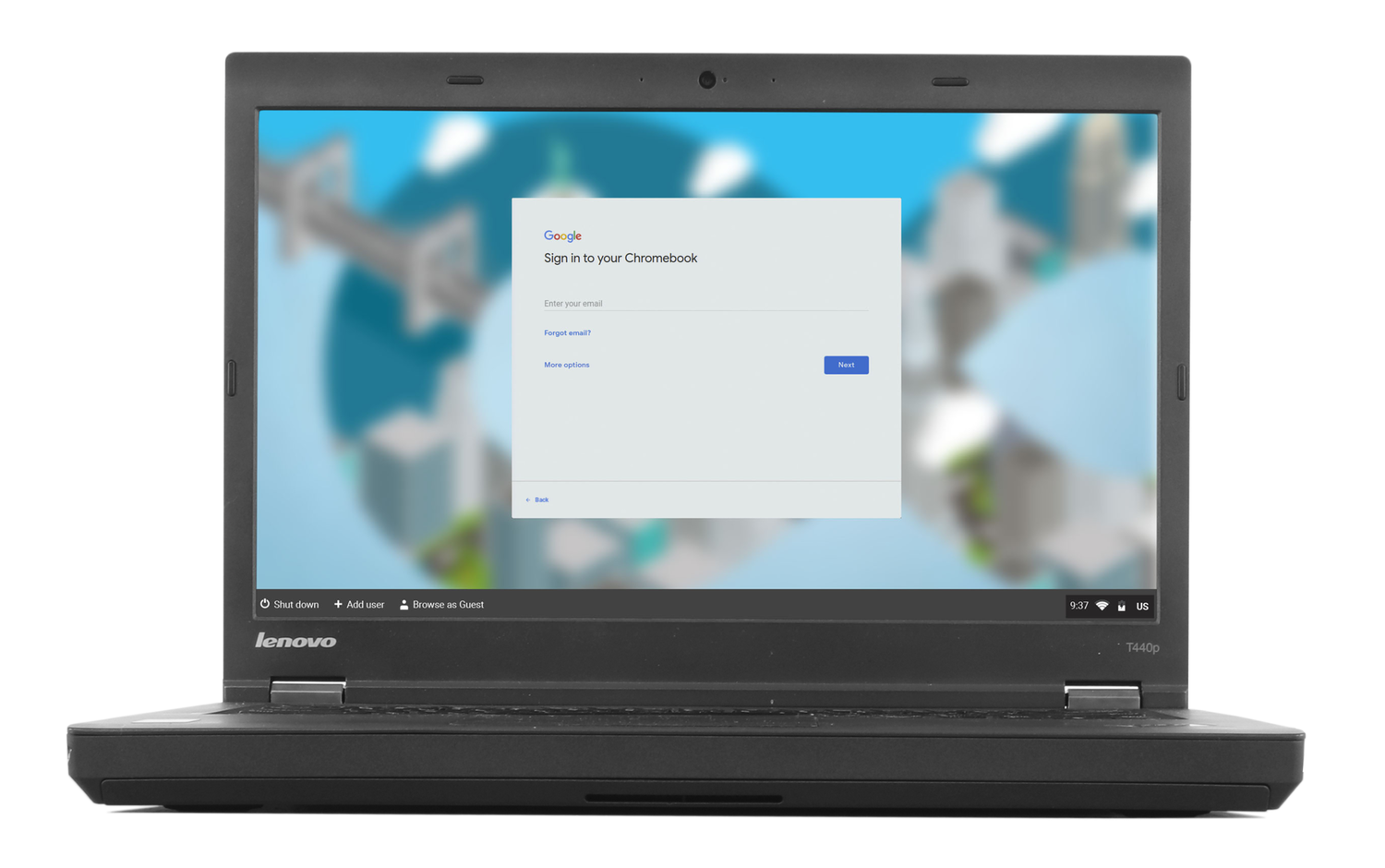 CloudReady: Home Edition is the free way for anyone to convert existing PCs and Macs to Chrome OS. 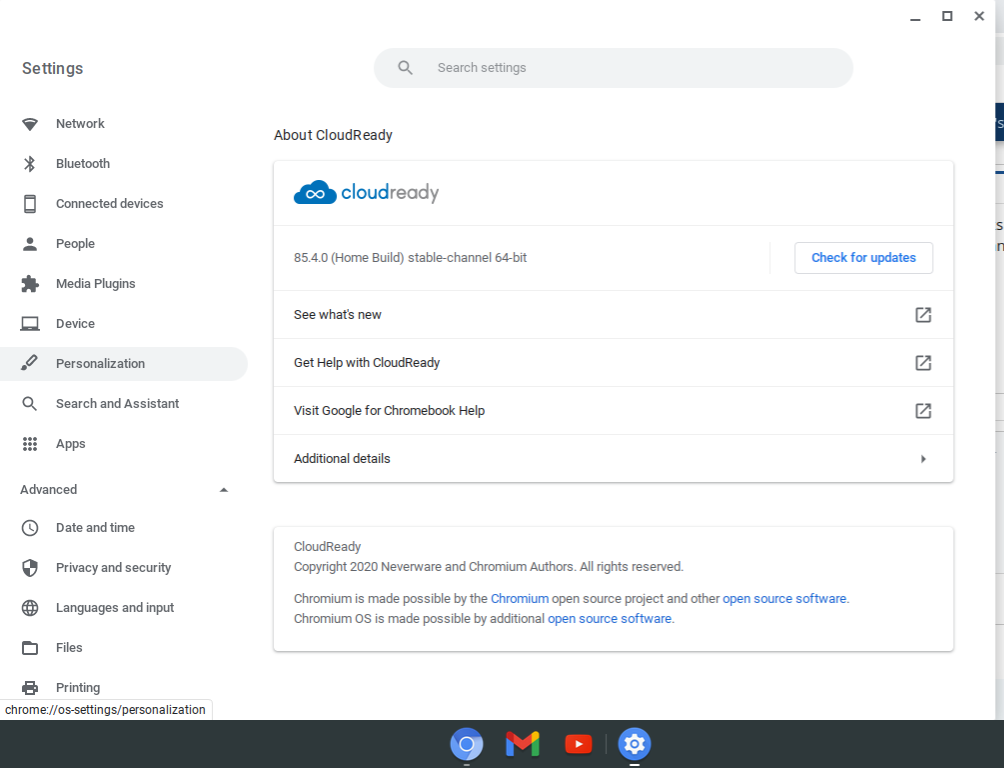