As the title says. About 1/3 of the times I wake my computer up from sleep, the networking driver got a code 10. Most of the time I can open the Device Manager and disable and re-enable it, but sometimes that doesn't work and Device Manager hangs upon trying to re-enable it. I have to kill the task, and then trying again it does the same thing. I end up having to reboot or put the computer back to sleep and wake it up again to fix it. Additionally, after every time I restart it seems that it can go a few wake-ups without having the issue, but once it has it once it has it almost every other time I wake it up until I reboot again. I can't roll it back, it's up to date, I've tried reinstalling it, and troubleshooter tells me nothing.

The driver is the Killer E2400 Gigabit Ethernet Controller. I have disallowed the computer from turning off the device to save power in case that was an issue.
I have refreshed all of my software on the computer a couple times, and this issue didn't occur until the last time I reset the computer. This time, against my better judgement, I went through with installing all of the drivers supposed to come with my Gigabyte motherboard, and two new issues cropped up, one of them causing my display driver to turn off and me having to hard reboot the computer (but that's a story for another time). This was the other issue. Constantly my display driver gets a code 10 upon waking up from sleep and much of the time it won't let me disable and re-enable. I have already uninstalled a couple of the drivers that I installed, but the issue persists. I tried to find a couple regedit values that I was advised to delete to fix code 10s and this device doesn't have those values.

That's all I've got. Any suggestions?
Ad

Does this help maybe?? 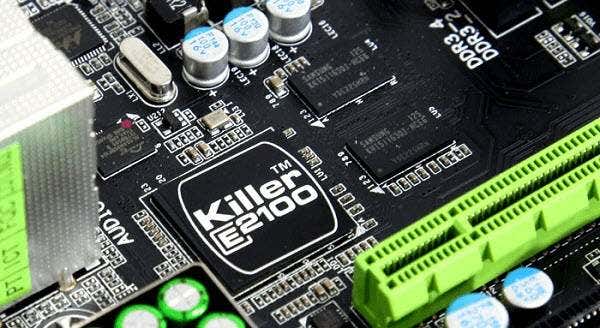 Most of the time, the Killer Ethernet driver that comes prepackaged with your motherboard is a reliable ethernet driver. However, like all drivers, you may occasionally run into problems with [...]

Hey guys, I have a Z97 Gaming 3 (MS-7918) motherboard with Killer E2200 Gigabit Ethernet Controller and running Windows 10. Windows 10 is forcing an update, but after that update I cannot connect to
answers.microsoft.com

this should help for sure:

How to address common Killer driver errors in Device Manager.