How to fix the "open with" command

Hi, I used to have several choices when I right clicked the "open with " command. Now, the only choice I have is Paint and
Paint 3D and Sketchbook.
I have downloaded and used Google Photos and would like to use it as the "open with' command.
Does anybody have any suggestions?
Thank you in advance for any help. Ann
Ad

Scroll to the bottom and select "Look for another app on this PC".

have you installed Google Photos recently/again?.

Thank you both for writing. In the "open with " command, Google Photos is not an option, even going to the "more apps" doesn't help.
I have also installed and tried to reinstall a number of times the "Backup and Sync" feature. I guess that this is the only way to install Google Photos. Each time I get the message:" Backup and Sync already running" and then nothing else happens.
If I try to add an image from my desktop as an attachment, my only choice is Paint. If I don't use Paint, the attachment doesn't open.
I sure miss Picasa!!!
Do you or anybody else have any suggestions for using the Open With command for Google Photos?
B

I'm not even sure this can be done. I suggest you right-click a picture file, select "Open with", then select "Search the store". There are free Apps that might do exactly what to are trying to do.

It seems that the "open with" feature can't be used with Google Photos. This is very disappointing and a very definite drawback for me.
Again, thank you both for taking the time to write. Ann
Ad

have you checked in Settings > Apps > Default apps and see if Google Photos shows up there?: 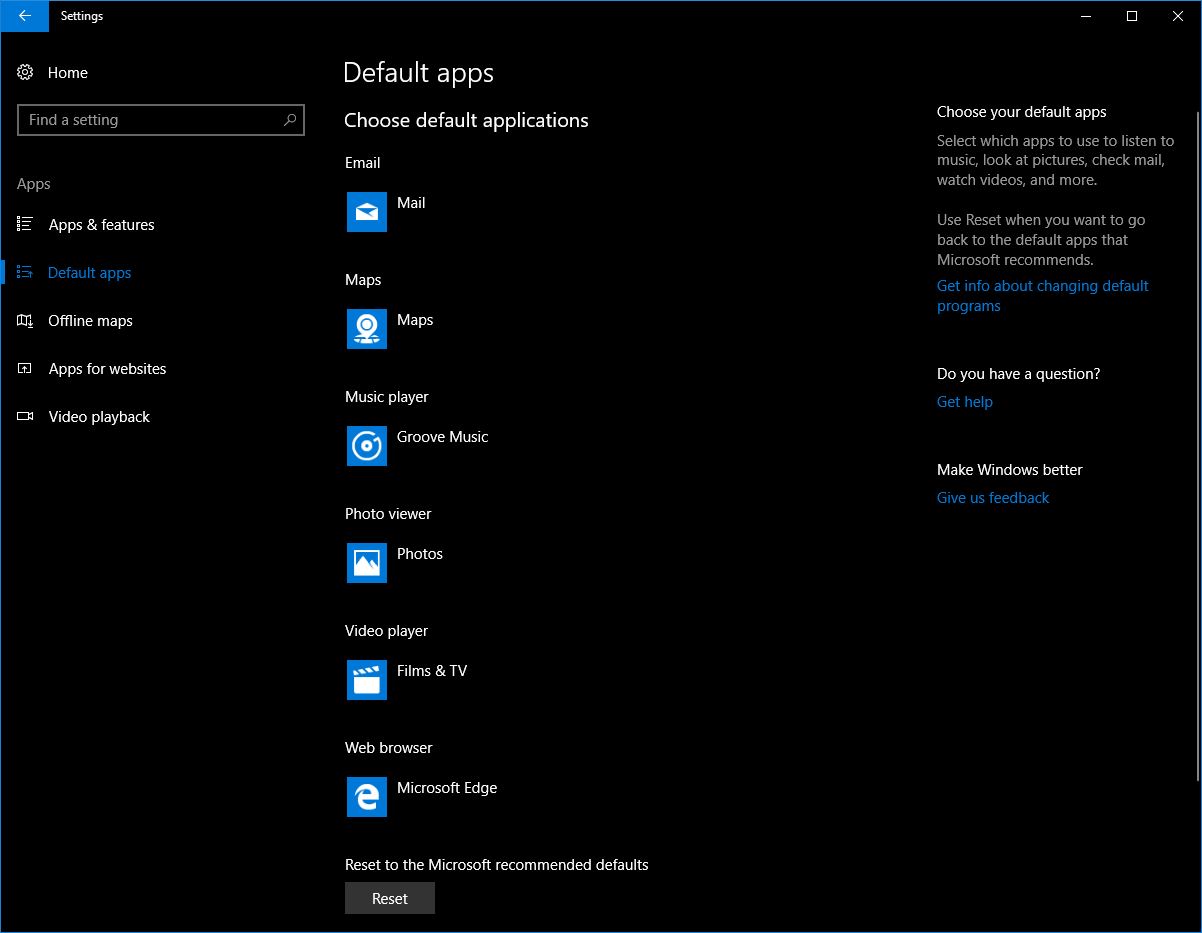 Thank you, Wolfie. Yes, I have gone through the default apps setting and reg. apps settings. I have also tried to reinstall Google Photos. Nothing has helped.
Apparently, the "open with" command is not possible with G. Photos.
I hope that this will change at some point. This is very disappointing to me. It is nice to be able to save pics in the cloud but it's more important to me to be able to access my desktop photos. In the past, I have always saved them to my flash and external hdd.
When I copy or drag a photo from G. Photo to my desktop, it has the Google Chrome Icon and I am unable to send it as an email attachment. I can't even see what kind of file format it is in order to possibly change it. With Google Photos

When “sharing” some Google Photos with friends it works sometimes but not always.

It is nice to be able to store pics in the cloud, but it's more important to me to be able to send them as an attachment via email. In the past when using Picasa, I backed up my photos on flash or ext. hdd.,
which worked fine.
So, those are my concerns with Google Photos. Hopefully, those items will be addressed in the future.
In the meantime I also downloaded Irfanview, which works fine to bridge the gap. Irfanview is a very good program but has many more features than I need. Picasa was just right for me....Too bad...

So, thank you again for writing. Ann

From what I'm reading It sounds like Google Photos can only be used to view pictures on Google Drive. So you can't open a local picture with Google Photos. So in order to view tme locally you need to Download them and use Windows 10 phot app.

I found an old download link for ver 3 here, you should be good to go!:

Thank you both for writing. I have downloaded Picasa again in the past but since it's not supported anymore, it doesn't work well.
I have downloaded Google Photos a number of times, all with the same results.
I have an icon for" Backup n Sync" on my desktop, but when I click on it, it tells me that it's already running and nothing happens. I'm not able to place a desktop icon for Google Drive. Also, "Google Photos" and" Backup n Sync" has not listed the Program/ Features Lineup. Hopefully, those issues/ shortcomings will be addressed at some time in the future. In the meantime, I just have to learn Irfanview..
Again, thank you so much for all or your help and suggestions. Ann

I don't use cloud storage (I certainly wouldn't trust Google, MS or Apple with any of my data), I also cannot find any info about problems with the app so cannot really help you further; sorry.

Thank you, Wolfie. I appreciate your help and time. Ann
Ad

I use and trust cloud sites so i can share files and update those files from multiple devices a keep the versions of those files uniform.