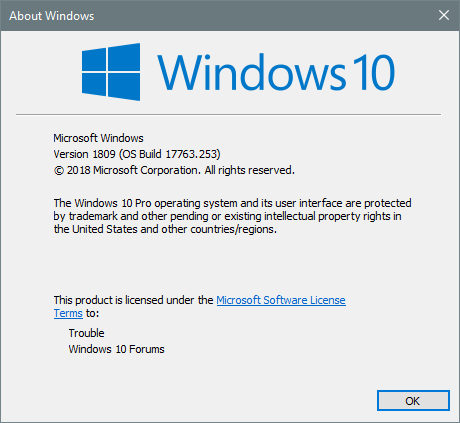 Now I have to dig out my Release Preview Ring machine and fire it up.
I suppose we'll be seeing it soon enough on our public release machine. 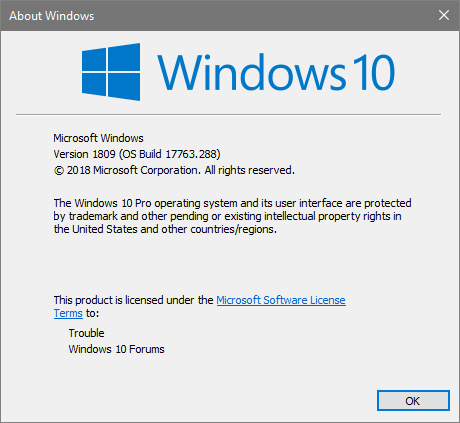 Relatively quick and painless.
Not sure what it gave me but I'll poke around a bit and see.
T

Hi Ted.
me too. I think , when I see where I am, (Insider), that there may be some confusion setting in with insider updates and the standard OS??
Maybe (again ?) as I have not had any problems over the past months, with that fouled update, it has moved on automatically and successfully. dunno.

davehc said:
there may be some confusion setting in with insider updates and the standard OS??
Click to expand...

The confusion, if any, might be related to those of us who may still have Insider Preview machines still running on the "Release Preview Ring" of the insider program.
That particular subset of Windows Insiders are still, at this point, being used to test Cumulative Updates that are intended for the Public RTM at a later date as has happened a few times in recent months.

I don't have any machines on the "Slow Ring" so I have no idea what's going on with those.

Maybe the "Bug Bash" which is scheduled to start today might produce a build (or two) that will help move all the Insider Rings into the latest 19H1 builds and resolve some of the confusion related to leaving at least one of the Insider Rings far behind.