The previous time shuffles still exist but are buried within Windows 10, in part because some Users found if they decreased their slide show shuffle to say 10 seconds per slide, this created problems when it came to renaming files as the screen would refresh too quickly.

Nevertheless, if you wish to have more choices for the delay between slide #1 and slide #2 etcetera, then do the following: 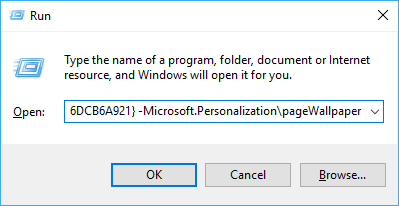 ​
After clicking OK you'll be taken to the old Control Panel settings as in image below. 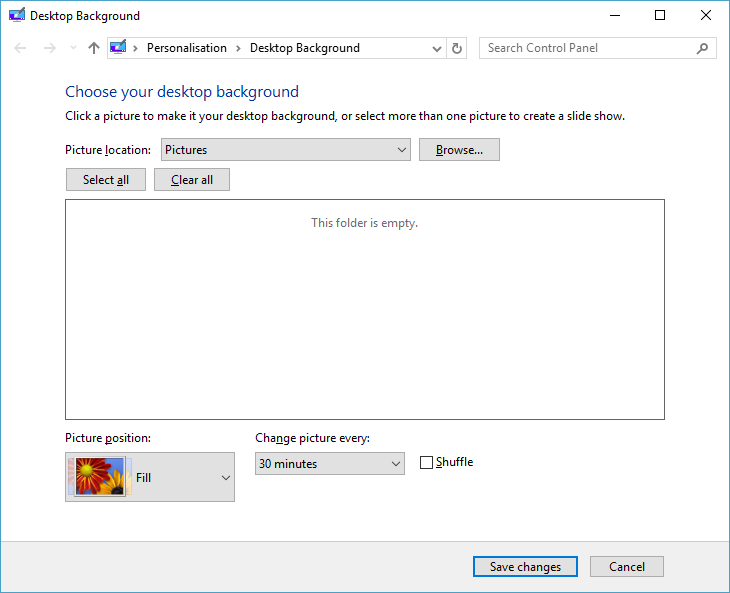 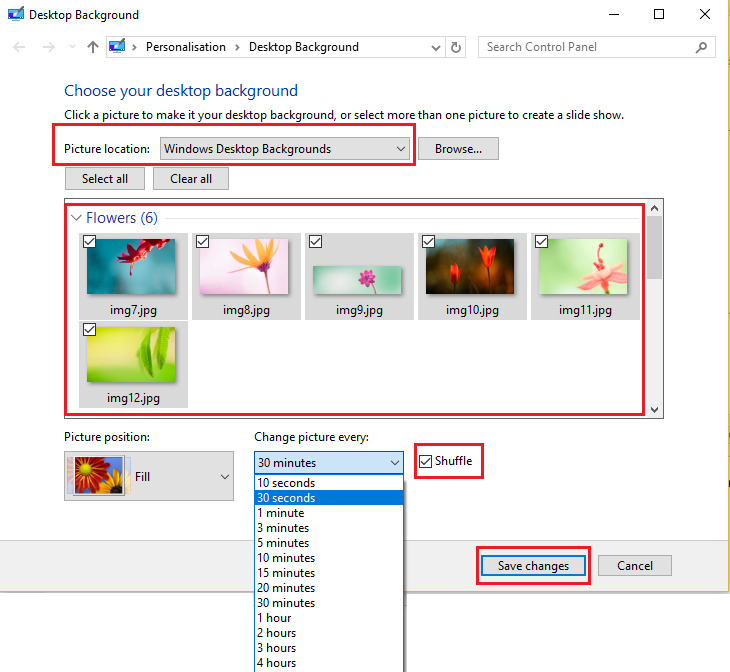 Windows 10 still contains the Control Panel. This is a Shell which contains several objects you can run.

In the Windows OS that existed before Windows Vista, most of the Control Panel objects could be started using a Shell command like so:


Code:
That would have opened the Control Panel's (.cpl) Shell object Personalization or if this was all ready open, it would bring the running instance to the front of any other open applications or shells.

Windows Vista saw the majority of the objects inside the Control Panel Shell becoming Shells in their own right, and this has continued through to Windows 10 where most of the Control Panel is now virtually obsolete given we now have the Windows Settings accessed via Start > Settings.

As most of the Control Panel's objects are Shells we need to access them by using the Shell::: command followed by the CLSID of the object, for example: {ED834ED6-4B5A-4bfe-8F11-A626DCB6A921} , then the System Application name of the Object, which for the CLSID GUID in this example is Microsoft.Personalization, and finally if we want a specific section of the application such as wallpaper, we add \pageWallpaper to the command, which results in the full command:

There are no Hexadecimal values involved directly in this case, unless you are referring to the two new values added to the Registry if you enable the Desktop Slideshow
You can manually edit these, but its probably easier to stick to the Decimal value where for example. 10000 would equal 10000 millisconds, i.e. 10 seconds, and 1 in the case of Shuffle, would simply equate to activate shuffle.
B

Very appreciated for your time and answer, very clear and again Thanks.
J

Is there any way to make Windows 10 desktop slideshow change faster than 10 seconds? Like 3 or 5 seconds?
Thanks!
Ad

I am delighted to have found your answer to this somewhat maddening problem.

Going to Google brings up many 'partial' answers --- in that they almost all universally miss the entire command.

Yours is the only one to have shown the full command.


Code:
I was beginning to think that the latest iteration of W10 had dispensed with that more detailed control.

Its a crying shame that MS only seem to allow 1 minute or 10 minutes with no other times (minutes) in between.

I love my wallpapers but 1 minute is too short & 10 minutes is too long.

So you fixed it -- & I didn't have to create a new thread into the bargain.

Sadly, Regedit left the forum some time ago, but would have been happy with your comments.
Since then, as always, I understand (never used it) that the suggested fix no longer works

Thanks for the info.
Ad

In case anyone is interested, the finely illustrated tutorial offered by Regedit32 not only works for Windows 10 users, but also in Windows 11. As a Windows 11 user I am grateful for the work that Regedit32 put into sharing this helpful tip.