Now and then some of my desktop icons disappear. Before I repaired this with the app 'rebuild icon cache' but this does not work any more. I scanned my system several times with different virus scanners but no infections were found.
The only thing I can do is recreate these shortcuts again to see them the next or following day disappeared again.
Any help/advice would be greatly appreciated.
Ad

I don't have a clue what is causing your problem but it might be something to do with the version of W10 you are running?, try upgrading if you don't have the latest version!:

I believe it's with windows 10 and it's automated system cleaning.... "windows desktop cleanup utility". I think it may be set to auto, which may be the issue.

Not in Windows 10. I believe it was last on offer in Vista,. The op may have brought it along with an upgrade. Hard to believe it automatically started after the upgrade though - But, there you go - Windows 10.

I believe it may still be there, sort of.
While I've never employed it, it does look like it may perform something similar to the old Desktop Cleanup Wizard. 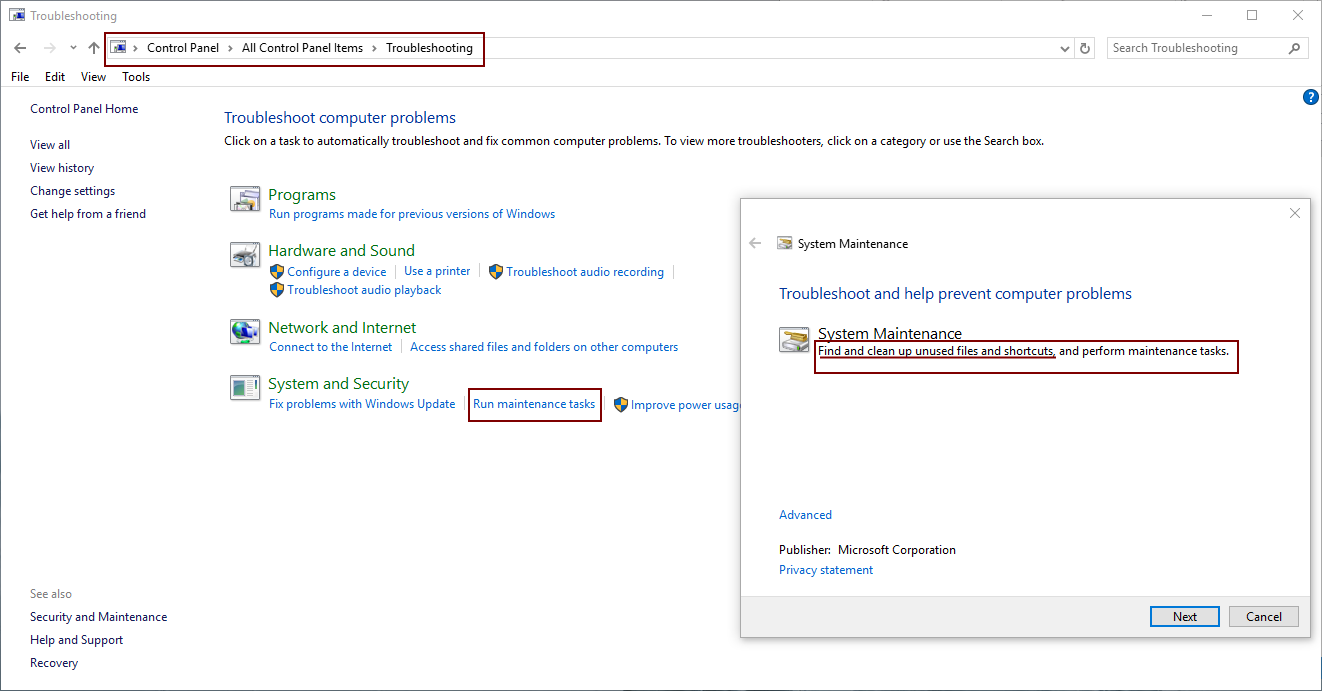 Have you tried clicking from that point - I dare not I think it could be a shortcut to the more familiar disk clean up.

Later. OK. I dared. Nothing exciting. It took about ten seconds and gave a clean report.
Ad

Nope..... as I mentioned I have not employed it and don't think I ever will, at least not intentionally. Generally I'll use other utilities to clean stuff up if and when needed.
AND
I'm not sure even if it was similar to the old utility that it would actually have the impact that the OP is describing.
Didn't that old Desktop Cleanup Wizard, put everything into a folder on the desktop called Old Desktop Items or something similar??

When Windows 7 was released Microsoft included a series of PowerShell scripts that were executed via that Maintenance option. Two of these scripts were:

They were located along with several other scripts at C:\Windows\diagnostics\scheduled\Maintenance

The latter script ran once a quarter, and if Desktop icons / shortcuts were present that had not been used in the last 3 months, Windows would automatically remove them.

The Former script: Ts_brokenshortcuts.ps1 would run weekly and look for Shortcuts that pointed to incorrect locations. The default settings in this script was if 4 or more faulty shortcuts existed they would be removed. A side affect of this script however, for some Users, was that it caused other Desktop icons to randomly disappear too.

The solution if this was the case was to modify the Windows Registry by adding a REG_DWORD (32-bit) value named IsUnusedDesktopIconsTSEnabled and giving it a Data value of 0.

This value was added to the following location: HKEY_LOCAL_MACHINE\Software\Microsoft\Windows\ScheduledDiagnostics

Zwever. I think possible help is now going to need mote info. When did this start? (After and upgrade: After an update?) Did you install any new programs before the problem started?
Also. Fresh install or an upgrade from a previous operating system?

Hi you all
when it should have started I do not know exactly. I found some of my icons missing after waking up my pc in
the morning. The day before everything was OK. What I did then was unleash my virus scanner (Norton internet security) which did not find any infections. After that I used the rootkit scanner from Norton which did
not find any suspicion either. In order to be completely reassured that no infections were on my PC I tried a
scan with another premium virus scanner which did not find any problem neither.
The only thing I could do is rebuild the icons one by one, only to see the disappear hours or a day later !?
Thanks for any further help/advise/comments

did you check to see if you are running the latest version of W10? (see my link above).
Ad

How are you creating these shortcuts? This is the first time I have ever heard of this problem in Windows 10. It has got to be a hangover from an upgrade from windows 7 or a third party program.

I'm using version # 1607 of Windows 10.
I create these icons (shortcuts) by going to program files and for each app I right click on the .exe file and then
copy to desktop(make shortcut)

I upgraded to version 1703 and recreated my missing icons, only to see them having disappeared when next
morning waking up my PC !! Any further advise ? Thanks

Are you using more than one monitor?

Also, can you clarify by what you mean when you say some desktop icons.

Are you talking about icons like Computer, Recycle Bin, Network?

Or are you talking about shortcut icons created from other applications?
Ad

I'm not using an extra monitor.
Its about shortcut icons created from other applications. And the strange thing about it is that only some of them disappear while others behave like they should ???

Do you have the "Scale & Layout" set too high?. 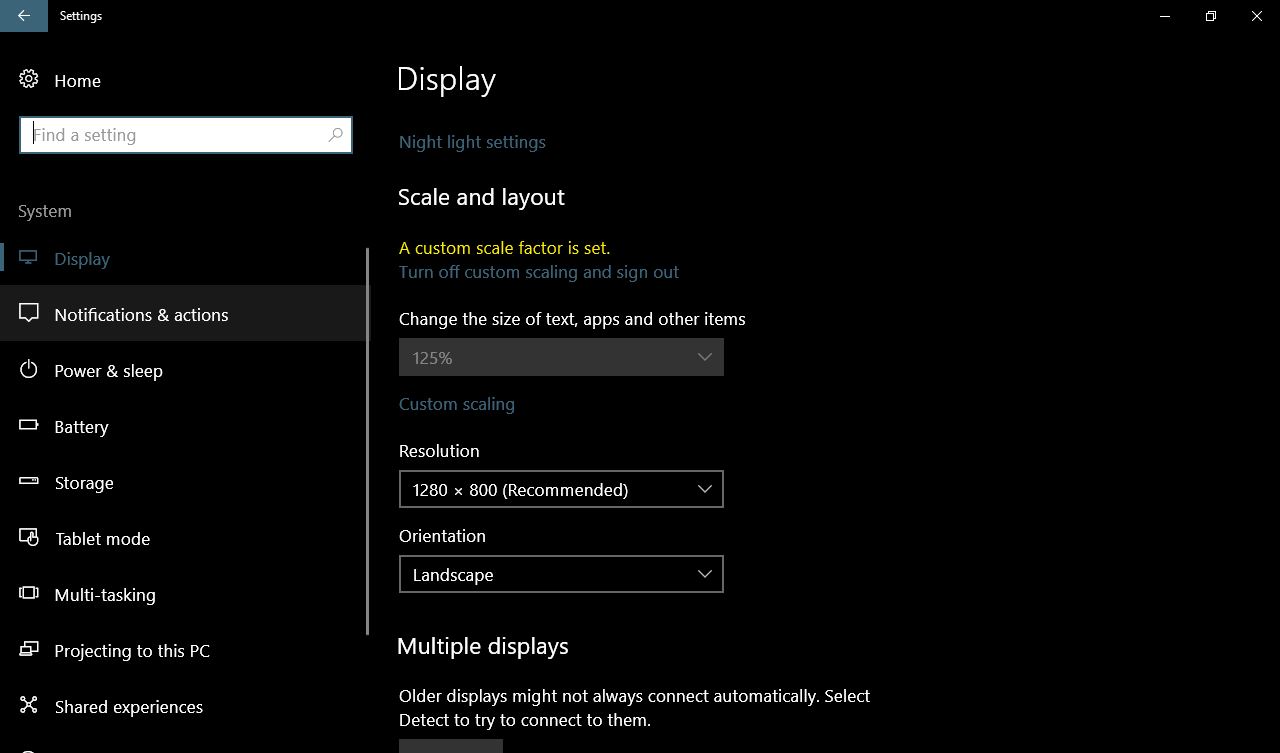 I decided to do a clean reinstall of Windows10 one of these days. I'll report how it works after that.
Ad