As a relatively long time user of a Windows Phone (since Windows 8), multiple Nokia models as well as more recently a couple newer Alcatel offerings (windows 10 mobile), I was entertained by this article
https://www.onmsft.com/news/opinion-whats-going-on-with-windows-10-mobile-is-it-dead-or-what

While it didn't do much to alleviate my sense of being in limbo and awaiting the fall of the axe......
I'm glad they put it out there as it certainly does touch on various items of interest (to me).

I do like my Windows Phone but would not hesitate to drop it like a hot potato if I was certain that it was going to end up abandoned by Microsoft, I'd go back to Android in a heartbeat
I keep hearing their mantra..... "Mobile First, Cloud First, Windows as a Service"
So on the one hand I think..... All's good.... right?
BUT
When I see all the cross development they are doing to make their applications suitable for Android, iOS, even Linux....
I think that maybe "Mobile" first...... might not include Microsoft "mobile".
Ad

I too love my Nokia Lumia 520 and it has been and continues to be a worthy phone although I've noticed the demise of many apps in the past months.
I will continue to use mine until either it becomes unusable due to battery failure or unusable due to MS throwing it under the bus in one fell swoop...then it'll be a nice Android offering, (can't see Android/Google ditching mobile any time soon!)
And so the saga continues!

My wife refuses to surrender her Nokia 521 (Windows Mobile 8.1)
When I recently purchased my Alcatel IDOL 4S, I attempted to hand down my Alcatel FIERCE XL (Windows Mobile 10) to her, explaining that it had better specs (memory, storage, processor, camera, etc.).
She gave me "that look" and I immediately cast my eyes toward my shoes and retreated back downstairs out of the line of fire.

Unfortunately I know "That Look" all too well!!...

Sometimes I glance at my shoes first. LOL

Norton said:
Sometimes I glance at my shoes first. LOL
Click to expand... 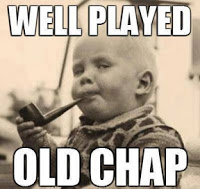 I've used Lumia 920 & 930 & was pleased with both, but my 950 is a pitiful excuse for a phone, albeit an acceptable camera. I am particularly enamored with the ambush of another setting or two blown away that occurs about every time the bugger updates.

I'm currently struggling with a notification that appears on the calendar screen when I forward beyond October telling me that certain of my information doesn't display, but is available through my account provider. I have no idea what is not displayed, unless it's US celebratory days, as the usual data seems to be there. No, Election & Veteran's Day (shouldn't it be Veterans' Day?) are there. Oh, hell, I hope that it's not individual appointment, because the repetitive ones are there.

Whatever, another proof that they've lost the plot.

I have a Lumia 950 and have done for about 6 months. I find it awesome. I had the 520 for awhile before, and was happy with that, but the 950 much improvement. Yeah, the camera is great too, best camera I ever had on a phone.

I have that notification too on my calendar, after I go forward to past December 2017, it says that info is not there, and my account provider will have it. Strange!! However, it really doesn't mean anything, as all my calendar events I have for next year 2018 are all there on it anyway.

Plus, I look at my shoes first too, then at "that look", then I find I still look again at my shoes !!

Androids here HTC. My son had a Windows phone, he hated it he soon went back to the androids.

Norton said:
Androids here HTC. My son had a Windows phone, he hated it he soon went back to the androids.

I love Android phones, they definitely make a few good ones, you just need to confirm all the specs, comparing apples to apples with respect to processor, storage, memory, camera specs, audio / speakers, etc., etc., etc.,

I always carry a Samsung Galaxy S7, when I go camping.
Just in case I ever need an emergency fire starter.

Yes they are blazing fast and you always have a marshmallow with you if your real hungry. I have an HTC Desire, great phone, not one problem or complaint since owning it.
Ad

This was my Choice review if the 950:


I have the 950, not the XL but it sucks, seriously sucks

I bought this phone, upgrading a Nokia windows phone, for continuity. It didn't happen. Bookmarked sites pinned to the start are indistinguishable one from the other - they all have the annoying edge logo unless displayed at dur large tile size, at which time you you get minuscule text description. My 930 using an earlier Windows shell offered an image of the page. The offered option was to upload my "history" from my cloud backup. It did, but I lost quite a few tiles. The second time Telstra had me blow away the OS, I rebuilt by backing up from the old phone, which was better for preexisting bookmarks. The phone gulps power when using the screen, at somewhere between 20 & 25% of battery life per hour. More than occasionally, it decides to gnaw great lumps of battery, even when asleep with all power consumption recommendations invoked. Shutting down & rebooting before retiring generally avoids this, but not always. Software upgrades usually mess a setting or two, an issue that can be dormant until accidentally discovered. In this day of waterproof & water resistant cases, the unsealed, pop open case is risible. As I found when resuscitating the phone after it went off line (turned out the SIM card holder was faulty), it attracts & gorges on dust & other detritus that lurks in my man bag, albeit there seems to be no functional issue with that to date. I believe that the Office suite supplied was on an annual rental basis, as my supplier now advertises (but not when I purchased it), but as I am yet to use that software I don't know for sure. I will find out soon when I upload some holiday itinerary & other documentation. The Windows 10 phones offer (advertise) fewer apps than was available on previous OS iterations. The camera, on the other hand is great, but that isn't enough for me to judge the Microsoft upgrade of the Nokia phone other than a lame duck.
You must log in or register to reply here.