My daughter was playing WoW with me a couple nights ago when all of a sudden her mouse and keyboard started acting oddly. The best I can explain it is that Windows thinks she's pressing the CTRL or Windows key. I am sharing a potato video to explain some. Basically, she can't type anything because most of what she types acts like a hotkey.

These are not the only issues, they are just a demonstration of what is happening when she tries to use most of the keys.

We have swapped the keyboards and the issue has persisted with the second keyboard (first was wired, second is wireless). The mouse is a Logitech MMO mouse with the numbers on the side but the issue persists even when the mouse is unplugged.

I'm not sure what could have possibly occurred when this issue began other than some unfortunate keypress that has changed some weird setting.

I would love some assistance as we're out of ideas short of a reinstall of Windows.

thanks for your time!
Ad

check in Settings > Ease of access > Keyboard, you may find you have "Sticky keys" locked?. 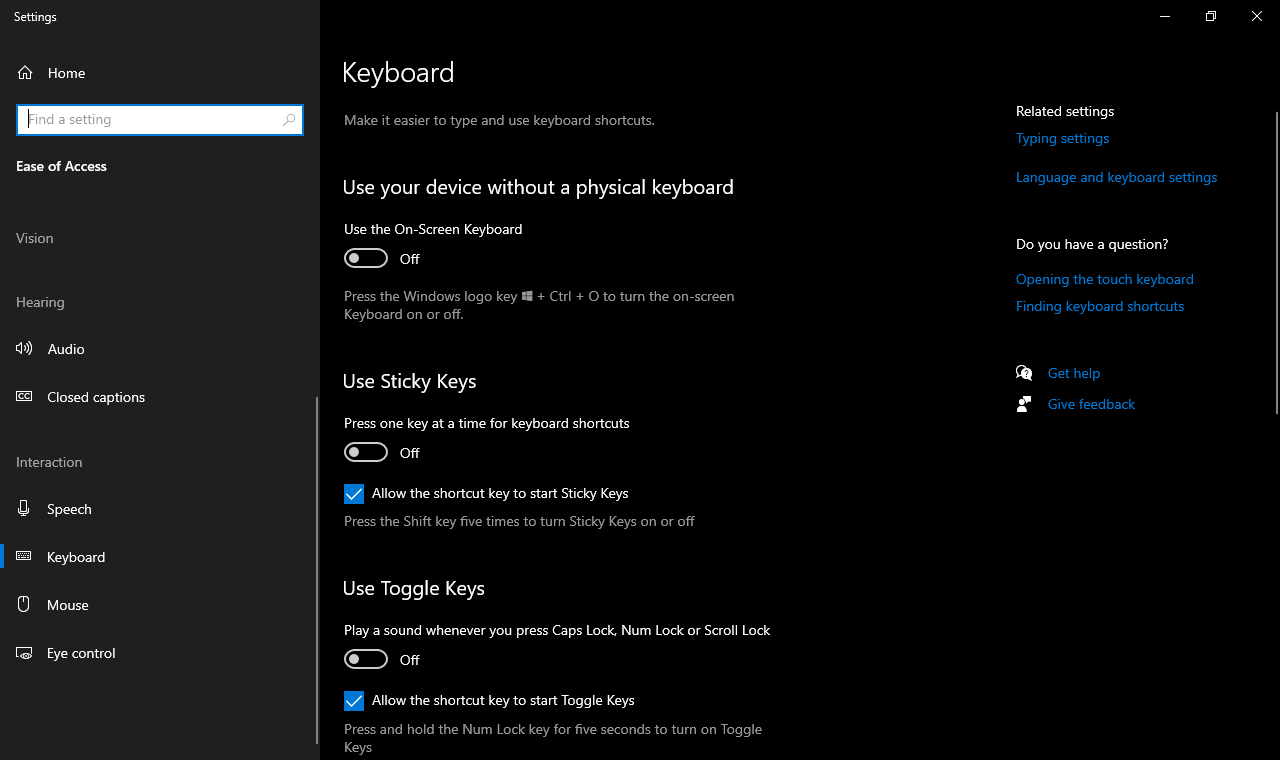 If not replace the keyboard, if its a notebook and you can figure out which key is stuck you can get a replacement one
The website has a video on how to do the actual repacement
Also it worth blowing out the keyboard with compressed air some junk stuck in there could be causing the issue desktop of notebook
You must log in or register to reply here.