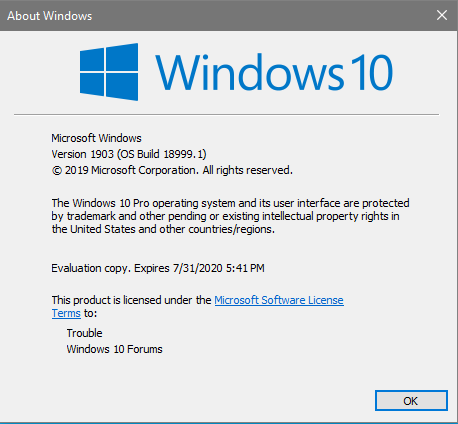 Downloading at the moment.

In reading the blog post....
Looks like a lot of fixes and only the anti-cheat software noted as a "Known Issue"

They sorted one generic 0x error and created another one with similar traits to the last with this update.

I also note they offered me identical optional driver updates which I installed last week.

It appears they have a lot of work to do yet to get this ready for general release.

Edit: Somebody in another forum says this is normal.. I suppose I just did not notice it before. I am busy trying to decide if Dona is Crazy Kats in the Microsoft Insider forum.
Last edited: Oct 9, 2019

I've had to perform a clean install of my OS.

Issue: When shutting down my Insider Windows 10 OS, the operating system shuts down as expected, however the power button on my Desktop Tower remains on. I left it in this state overnight, to discover nothing had changed. Hence the computer is effectively in a kind of hibernation mode.

To be able to reboot computer I am forced to hold down the power button to force a shut down, then am able to reboot normally to the Desktop, at which time the Notification appears prompting me to explain why the computer had a problem.

Resolution: Taking into account this may be a hardware issue or a software issue, I chose to perform a clean install of the OS. This has resolved the problem.

Obviously, I'll need to wait a few days to see whether the issue re-occurs to be certain it was a software issue.


Has anyone else experienced this issue?

ps: This issue appears on a 7 year old HP Pavilion Desktop with a Cleavland motherboard and what now might be considered a rather trash PSU lol

Plus a forum link for possible "workaround"
SOURCE: https://blogs.windows.com/windowsexperience/2019/10/17/announcing-windows-10-insider-preview-build-19002/#jIk5FViIgvGJIqoq.97

Interesting, they say reinstalling Windows will not resolve the issue, given a clean install has in my case resolved it.

Nevertheless, if it pops up again I'll revert to the Command Prompt suggestion to see whether it acts as the temporary work-around they suggest.

Got 19002 installed and it has the same issue, just sits at the "Shutting down" screen... 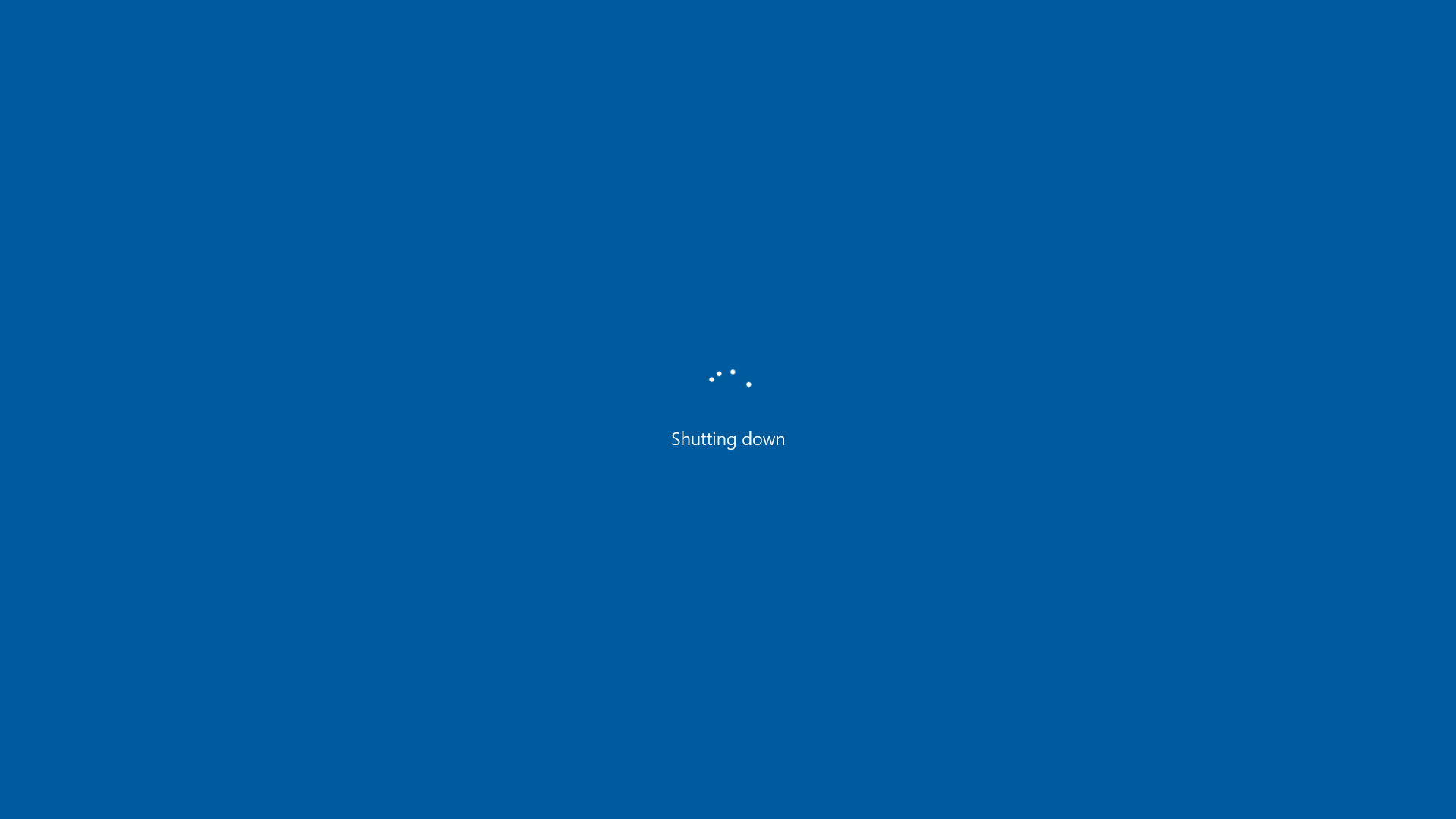 As it would appear Trouble has discovered, the issue persists with the insider builds. From the looks of Troubles post, the issue has actually got worse!
Ad

SOURCE: https://blogs.windows.com/windowsexperience/2019/10/17/announcing-windows-10-insider-preview-build-19002/#Iez73QAmdXtZFTbG.97
You must log in or register to reply here.