I am having issues with Settings. When I click on the "Update and Security" button I am unable to access any of the following tabs seen below and I am unable to use the search bar in the top right, it acts essentially frozen. When I scroll my mouse over the panel it shows the loading/working symbol sometimes. Eventually the settings tab will close itself.

Additionally I got this popup 2 times while experimenting opening various parts of Settings.

I discovered this issue when I had a response from my computer telling me my "display driver has stopped working and has recovered", I figured I needed to update my drivers so I went to settings to get that done and found the issue. 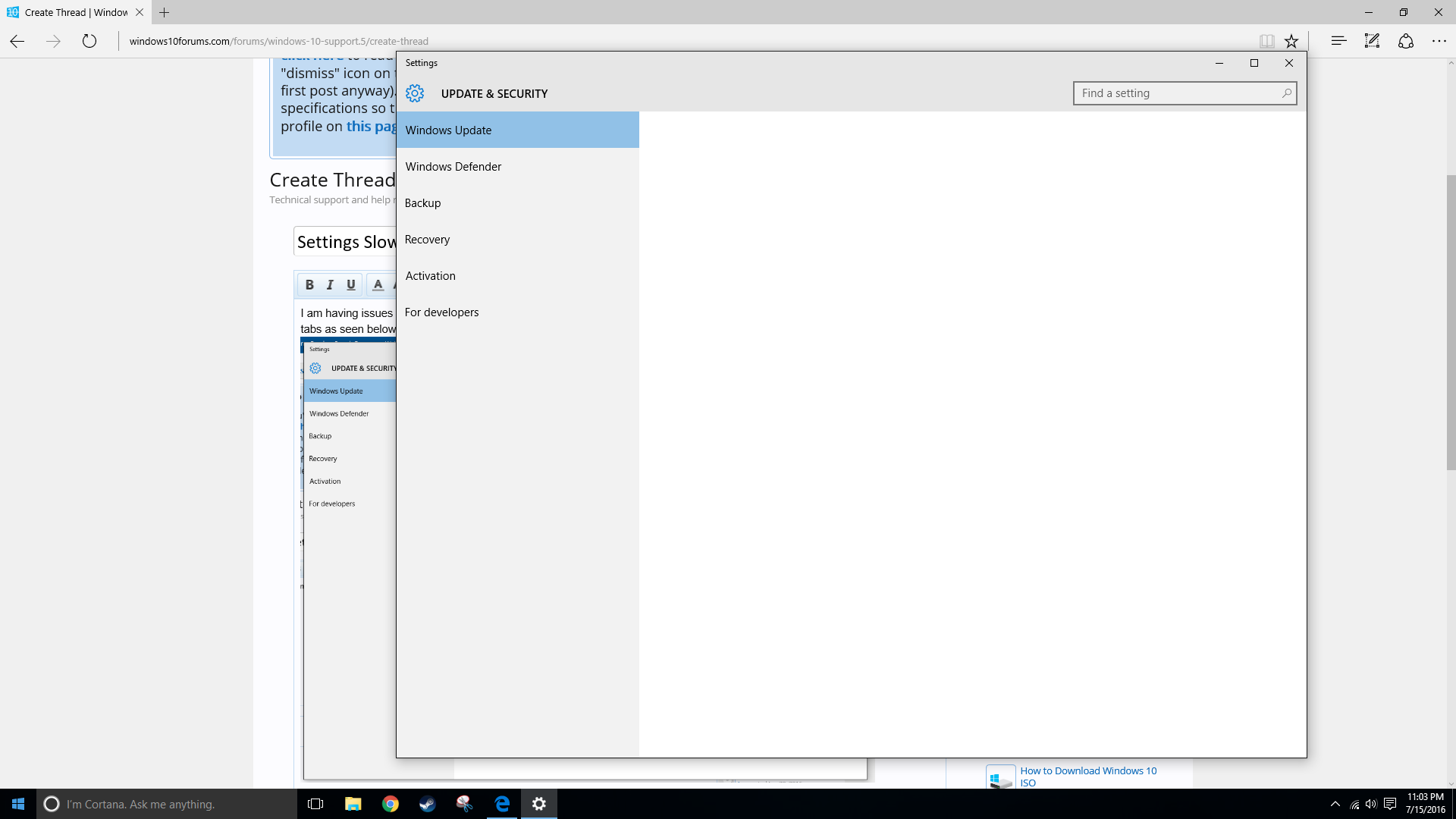 If you are able to open a Command Prompt (right-click Start then left-click Command Prompt) can you do two REG QUERY's please and display results:

I shut down my computer and today when I reopened it I was able to access every part of Settings. I have since then updated the computer. I think it might be fixed I am not sure
Ad

It's quite plausible the issue has been resolved then. Often a reboot of machine sorts loose ends per se.

Given you also did an update, the recent one being significant your Registry would have been modified during that update and likely restored any faults in the two keys previously mentioned.

Ultimately time will tell. Either its resolved, or at some point in the future the issue may pop up again.

Thanks for the update though. For now, I'll assume this thread is resolved.