Odd issue - to sum it up as quick as I can - I have built a July 1703 Win 10 pro image. Once I sysprep and create my local account (naming it anything other than administrator of course) and join the computer to the domain. I then log on with a normal user domain account and everything works fine, fast profile creation/login and IE works.

if I either enable the local "administrator" account and login or login with the domain *administrator* account (as sometimes needed to assist other users) - I can then no longer open IE on subsequent user logins - not to mention the profile creation process now takes much longer sitting at a black screen but eventually comes up.

The issue can be resolved by - logging back in as the administrator account and granting "Authenticated Users" modify permissions to the administrator profile/user folder (C:\Users\administrator) - then no issue it will launch IE and profiles create speedy.

Based on event viewer logs I can see that IE is looking to access a file within the administrator profile and cant for permission sake and hence why it hangs.

I guess what I am asking here is there any way to resolve this other than not logging in with the administrator account period and/or granting modify permissions to the admin profile? Is this something someone else has seen and perhaps fixed? It's a real head scratcher for me and i would appreciate any advice. Why do the other profiles seek the admin account for this file. Again any help / advice would make me smile.

is it anything to do with User Accounts and permissions?. 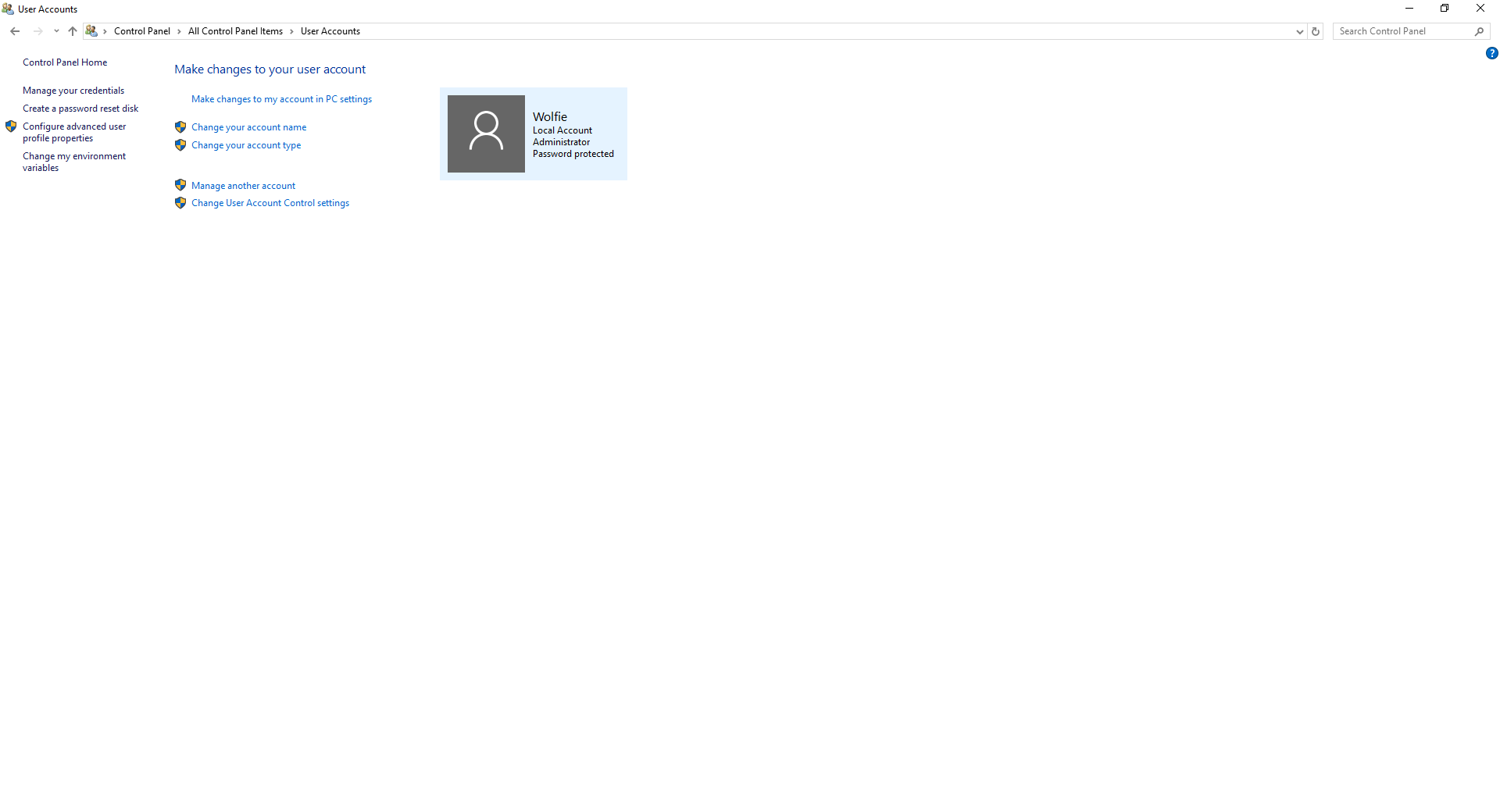 Hey Wolfie! Appreciate the reply but I don't believe that suggestion applies to the issue I'm finding here. These are domain login accounts and only IE suffers the issue where it seeks a file from the administrator user profile.

Sounds like there may be an issue with Domain Policies.
What is the version of Server hosting your AD and what is the Domain and or Forest functional level.

I can remember having some issues with updates falling behind and I ended up having to add the Domain "Users" group, to the local "Administrators" group on the individual computers.
It's been quiet some time since I've actually had to work out a problem between an Active Directory Domain joined computer and that computers local security permissions as they relate to logged on users and I would have thought that most of those things would have been ironed out by now, assuming your Domain Controller is Windows 10 aware.
My guess is that there are some subtle polices template changes that may not translate exactly as they are enumerated and superseded Local -> Site -> Domain -> OU

put the IE icon on your desktop and right click it and select security then advanced and check the settings, I don't know if it will help you at all but worth a look!: 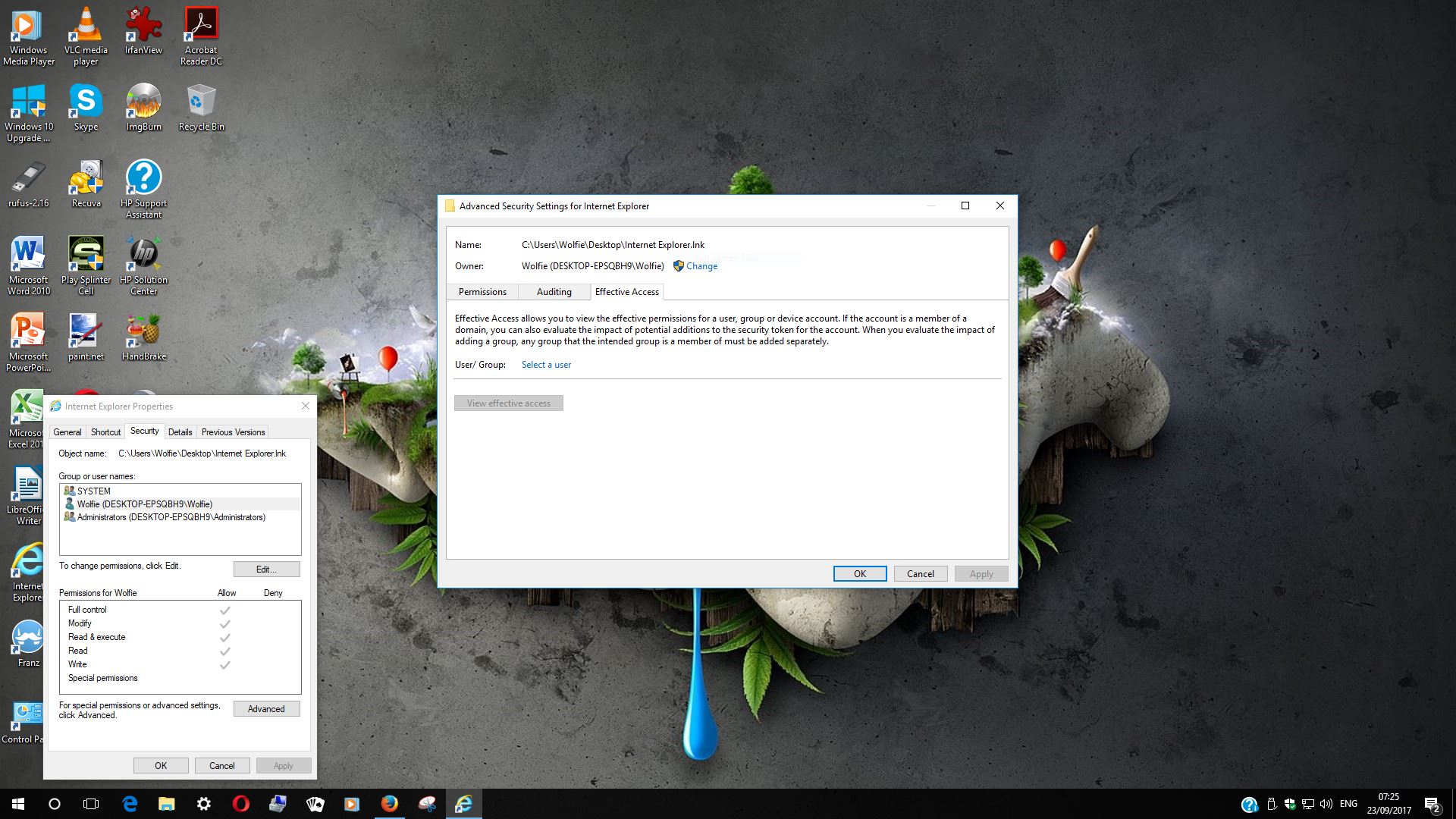 Sorry I missed your replies (but thank you very much for them). I decided to move on by following my post sysprep step of just granting "authenticated users" modify permissions on C:\users\administrator - this resolved a few quirks I noticed including an issue where outlook would not launch/crash trying to launch an avaya plugin included in the image.

Doing further research, as I semi-suspected, it was due to using the "Copy Profile" tag within the answer file. It appears that Win 10 seeks the administrator profile for various resources after a user is created on a win 10 image that uses copy profile.

I did more research and was able to find this post on the Microsoft forums after digging the depths of google.

The last post on that page references the fix below where its stated it fixes issues similar to what I'm seeing, I will test this in the coming days and see if it fixes the other quirks as well.

Hopefully this helps someone else resolve this incredibly frustrating issue. Thanks again guys for your willingness to help!

In addition, as the beanexpert post explains the reason for this it is the C:\Users\Default\AppData\LocalLow being copied from the built-in Administrator account during sysprep if you use CopyProfile for customizations.

In the C:\Windows\Setup create a folder called Scripts in that folder you are going to create a simple script that will not only fixes the IE11 issue but also resolve the Quick Assess issues and start menu issues with tiles not displaying and/or not working properly after sysprep.

Paste the below info in a text file and name and save It as SetupComplete.cmd [file extension is.cmd]

Please note that we didn’t change any attributes like in the beanexpert post by Samir Hammoudi and it still worked for us. I really Hope this helps in solving some of the sysprep issues some of you have been experiencing with Start Menu and IE crash issues on computers where CopyProfile has been used on WIN10.
Ad