what version of W10 are you using and have you run any updates or done an upgrade?:

I've never used a background image, but I had a odd occurrence recently where several Universal apps literally disappeared on me, including Store app and Microsoft Edge app. They were not in the list of apps if you clicked the Start menu, nor did they appear on my Taskbar.

Now some users would love to know how to achieve this I am sure, but I won't go there *lol*

How I resolved this though was to do the following:

Code:
I pressed Enter key to execute this command.

After about 2 minutes it completed registering all of Windows Universal apps​
It may be worth your while trying this yourself, as it only takes a few minutes tops to do.
C

what version of W10 are you using and have you run any updates or done an upgrade?:

Did you run the upgrade tool per my suggestion?.

To check what got updated, System settings > Updates > Update history: 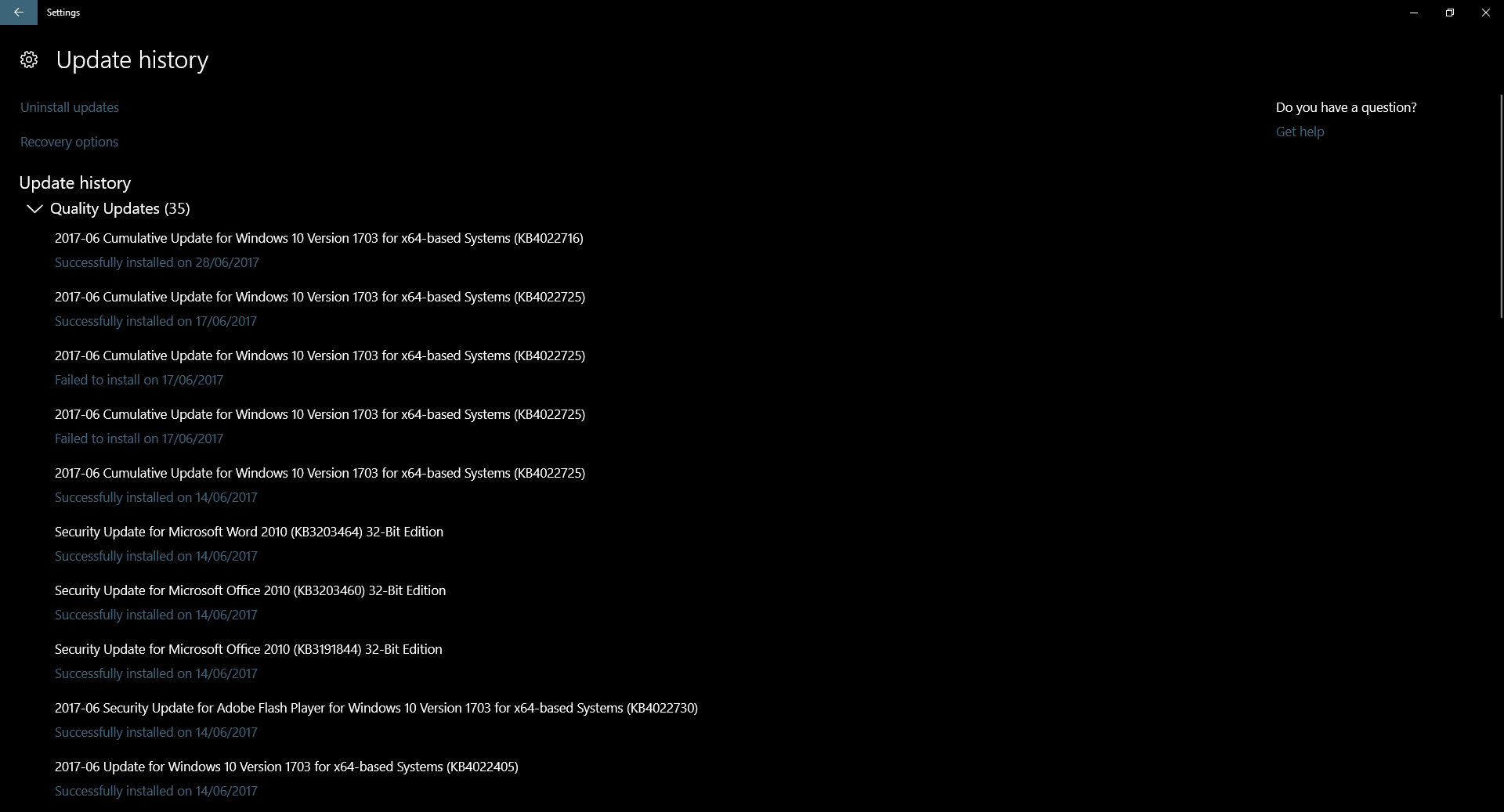 Wolfie, I am sorry but I missed something along the way. I have not updated. What were you suggesting that I update and to what level.
Ad

you currently have the quoted version installed while the current version is 1703, doing a full system upgrade per the guide is what I am suggesting! .

I understand now. I have updated to 1703. Will be "testing" for a day or two to see if I still have this funny error.

I have had the fun of several shut downs and power ups without the desktop background or missing icons problems.
My thanks to the members who replied with solutions. The upgrade fixed things.

good to hear, please mark as solved so it helps others!.
Ad

How do I mark it solved.