Restart and update or not?

Having had trouble with the October update- caused PC to freeze on attempting to boot- I was able eventually to remove the last update - (I didn't note the number). The computer loaded correctly, but is now suggesting that it should update and shutdown/restart. Having had the difficulty with the October update, I assume that it will be the same one as before and it will cause the same problems. Am I right, what is the best solution? Do I update or not??
Ad

Since the updates are cumulative, you are going to install parts or all of the October update anyway. However, there may be corrections in the updates since then. Bottom line is that you basically have a 50/50 chance of running into the same problems again. The decision is yours at the end...
Ad

are you running the latest version of Win 10? (Currently version 2009). To check what version you have, press the Windows logo key + r then type "winver". 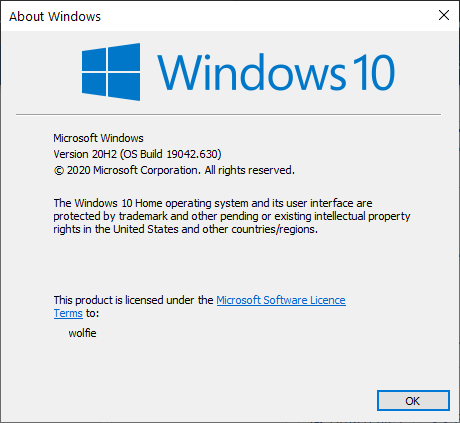 How to upgrade Windows 10 to the latest version

PLEASE TAKE NOTE THAT AN UPGRADE IS NOT AN UPDATE PER SE; SEE THE LINK CREATED BY @Regedit32 BELOW FOR MORE DETAILS ON UPDATING AFTER CURRENT CUMULATIVE UPDATE. https://www.windows10forums.com/threads/windows-updates-after-kb4016871-reminder.13030/ See also: the following links about updating...