I downloaded Win10 Pro from Microsoft, had a friend with a new Win10 computer make a bootable usb on his machine, but the stick won't install on wiped SDD.
This is a clean install on an sdd that had Linux Fedora 34 on it, but I wiped it with Darik's D-ban, so it is clean.
I ran all of the Lenovo diagnostics, and all passed.
The downloaded .iso is Win 10_21H1_English_X64.iso
Ad

hapibeli said:
but the stick won't install on wiped SDD.
Click to expand...

Can you give us a sense of exactly what's goin on?
Does it boot from the USB stick?
Do you see anything on the screen early on like the install graphics?
Does is see the SSD as a potential host for the OS?
In other words....
How far do you get in the process.
H

Blank screen 5-6 seconds after boot up by the machine. Never gets past the blank screen.

"Never" sounds bad.
Any initial white text / BIOS information on the screen?
Any branding or logo (manufacturer or motherboard) flash on the screen?

I was originally going to suggest that you boot into the one time boot menu, which usually involves holding down or rapidly striking one of the Function Keys (different on different systems) and pick the USB stick from the available boot options, but....
The fact that you are seeing NOTHING including a warning regarding the lack of an available boot device suggest something more might be wrong.
H

The usb stick wouldn't boot this Linux Mint 20.4 I am typing on, so it isn't bootable! Back to my buddy's and a new download and using that windows creation app.
H

No problem. Good luck.
Typically I use Rufus to construct my installation media on USB sticks.
It allows you build the media that you need for your particular hardware (legacy BIOS and MBR versus UEFI BIOS / GPT partition). 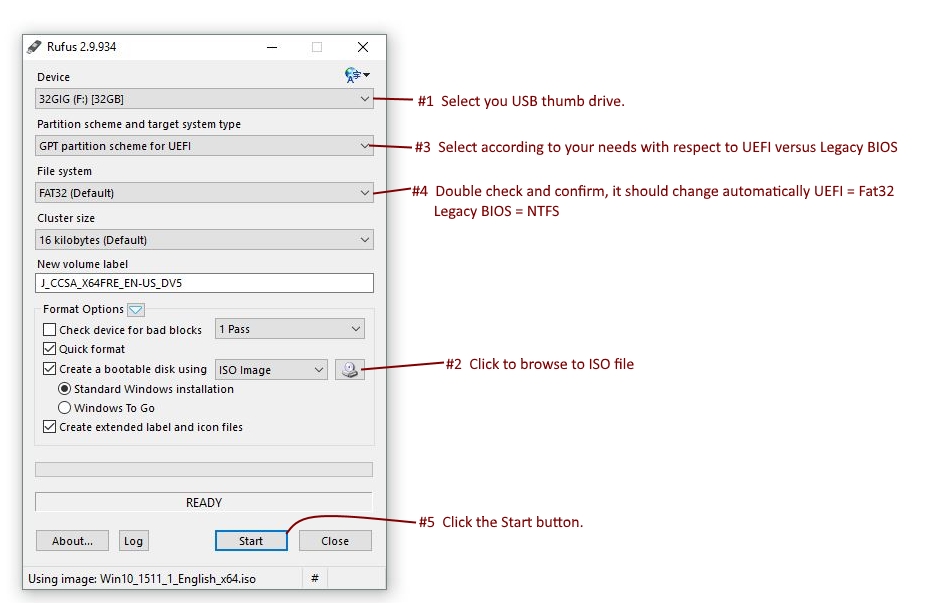 FWIW. If you use the media creation tool to download an ISO from Microsoft, it offers the option to download to a bootable USB - no need to employ rufus, if you are happy with that path.
H

Thank you Trouble
U

hapibeli said:
This is a clean install on an sdd that had Linux Fedora 34 on it, but I wiped it with Darik's D-ban, so it is clean.
Click to expand...

No it isn't clean. The free version of Dban doesn't erase SSDs I believe (see https://dban.org/). In any case, if it had Linux on it then there is probably a Linux ext4 partition on there which Windows doesn't recognise.
H

Thank you ubuysa. It was a faulty usb stick. Installed just fine after replacing the stick.
Ad

hapibeli said:
Thank you ubuysa. It was a faulty usb stick. Installed just fine after replacing the stick.
Click to expand...

Not a faulty USB stick. As "ubuysa" mentioned, it mostly still has the Linux partition on it. Now that you have Windows reinstalled, plug in the USB stick and open the Windows partitioning tool to delete the reformat the USB stick.