Printers are all gone and won't show up again

After the update by windows last week, all of my printers disappeared from the Dell computer - local, wifi and LAN.
They were there but wouldn't work. The local printer, a brothers, wouldn't even open properties, so I tried to uninstall it. Took 2 tries. Then, after reboot, ALL OF THE PRINTERS WERE GONE!!
The Brothers printer is gone. The Xerox is gone. So it's not the printers.
When I try to install a printer, the computer can't find any, and won't even let me progress past the settings screen (And I"ve rebooted at least 6 times!). The brothers is hooked directly to the computer - and yes, it's turned on, and I turned it off, unplugged it, all that good stuff! Still no show.
And now, the network printer that shows on all other computers won't show up on it.
But yes, the other network drives do show up, you can connect to them, get files, etc.
It's the printers that are gone, the search doesn't work, and the install doesn't work, and this is a total FML moment.
Can you fix it?
Ad

If you press Windows Key + X and then click Device Manager, do you get any of your printers listed under "Printers" here? Here's an example of what mine looks like:

If they do show up here, I would right-click each printer and uninstall the drivers. Then, unplug them and reboot and try to add them again.


PLL said:
won't even let me progress past the settings screen
Click to expand...

Could you please take a screenshot of the part it gets stuck at, as this may be a bug. I would be tempted to roll back to a restore point from before the update and see if it starts working again.
P

So, the printers, including the one that was supposed to be uninstalled, all showed up again. I tried to look at the que on the one that was supposed to be deleted, everything froze, I closed the settings with task manager and restarted, and this is what I get... no printers at all! And it apparently won't uninstall the brothers printer. BUT, even with nothing showing, it is managing to print to the network printer...??? At this point, I'd just like to uninstall the Brothers MFC 7840 so I can reinstall it, but.... it won't let me. Every time I try to do anything in printers, this is what I get... and clicking add printer doesn't work either. The 2nd screen shot is what I get when I try to add a printer... it just keeps saying nothing is found, but won't let me search. 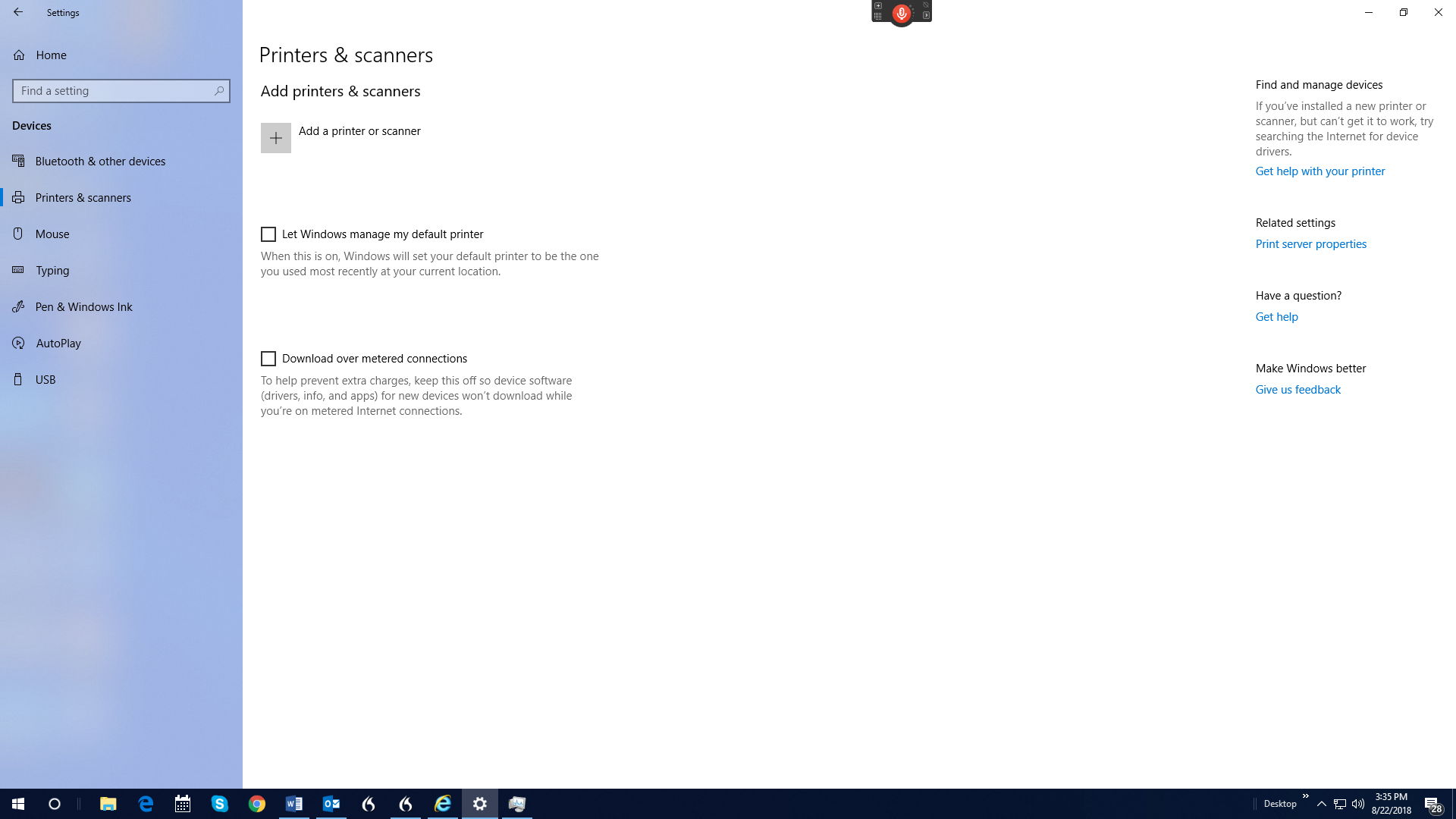 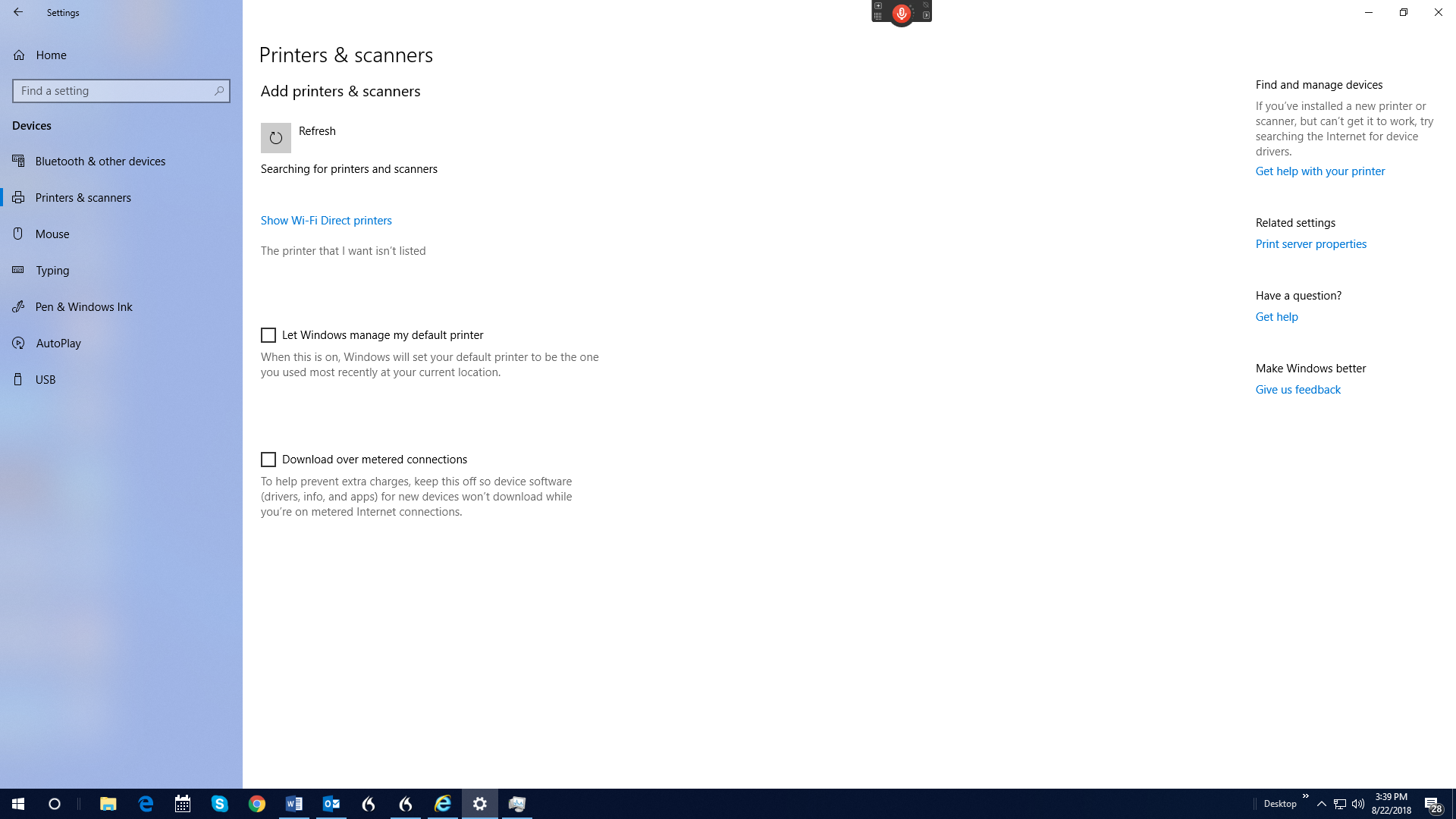 On the 2nd screenshot, what happens if you click "The printer that I want isn't listed"?