Strange graphic over text in some windows

Hello,
I am a long time windows 7 user and new to windows 10.
I wanted to change the start menu to be more like windows 7 so I installed Open shell from GitHub. and it worked very nice.
But I was still dismayed by the lack of borders on windows so I searched the web and found a recommendation to change a registry setting on the windows club
site. 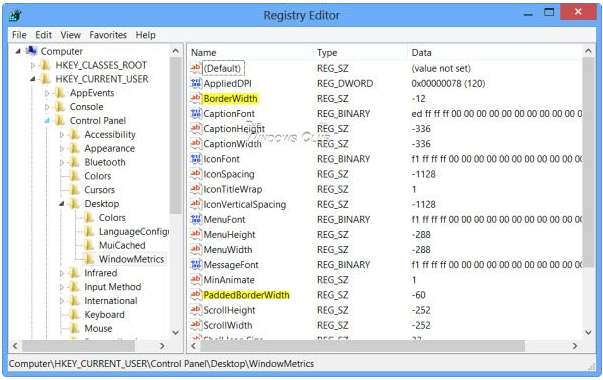 I played with the two setting they said to change and it did not seem to change the borders at all. I rebooted to see if windows 10 required a reboot for registry changes to take effect, but still no change. Well I went back in and change the settings back to the default settings.
I made no other changes to the system after that. Late on I noticed a strange graphic overlaying some popups and selected text in office 2013.

This is most prevalent in msoffice but I do see it in other programs and the OS popups.

I just captured one of the OS popups