Win 10 does not recognize my camera anymore?

I have a Canon Powershot camera that works fine, Win 10 just won't recognize it when I try to download photos to my HP P-6 2203a computer? I've tried taking the memory, SD card out and trying it in the computers card reader but that won't work either although the SD card works fine in the camera. About the time that this problem started I bought an Android phone Nokia 3 that has Win 10 type of software, could this be the culprit? Or could it have been a Microsoft update around that time? I have updated all the USB drivers and ran sfc/scannow to no avail. This is a real nuisance, any ideas?
Last edited: May 24, 2019
Ad

try Devices and Printers in Control Panel and "Add a device"!. 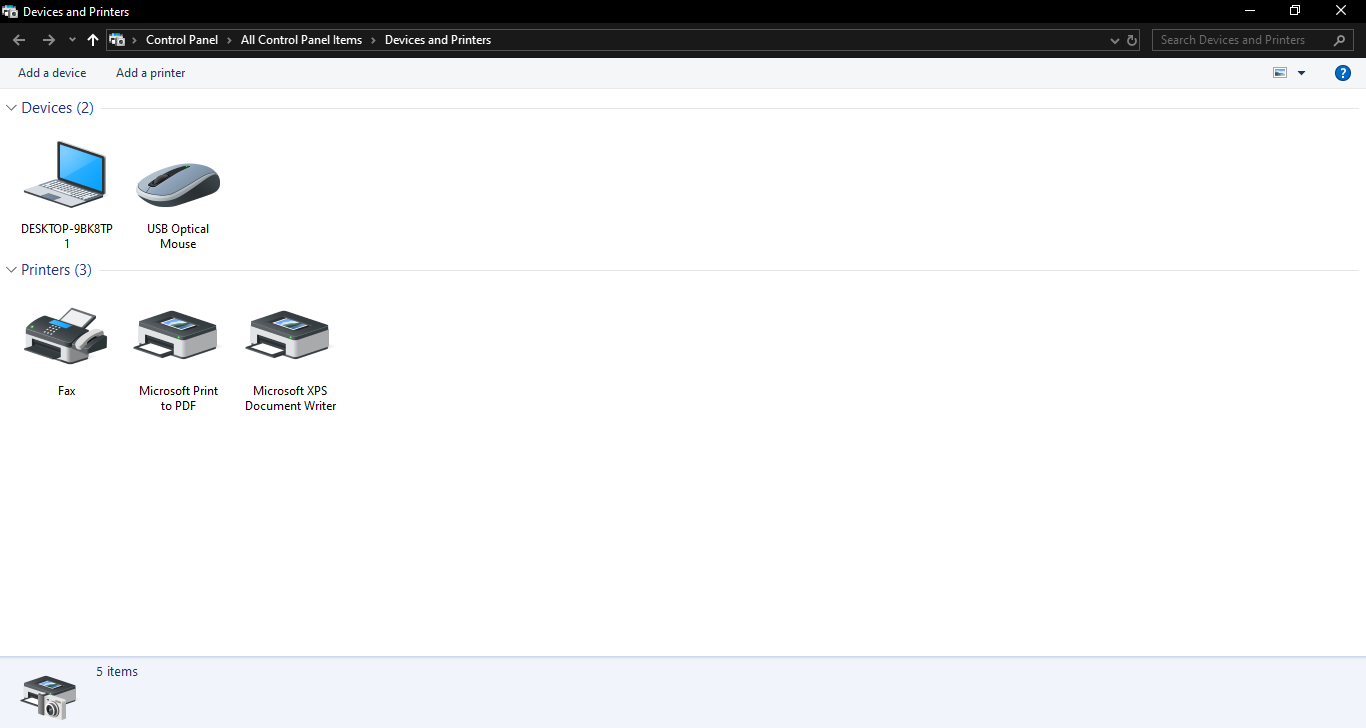 I'm sorry for replying late but I didn't get an email alert? I tried this but it didn't work for some reason?

try the drivers page from Canon:

I've contacted Canon technical staff twice about this but all they could do was give me a link to the latest Canon software for my camera which I installed but it didn't fix the problem? The problem is that Win 10 won't recognize the camera anymore? The camera is supposed to be detected as a media device by Win 10 automatically via USB ports, I tried to find a driver but Canons site doesn't have any for this model because it's supposed to be detected by Win 10?
Last edited: Jun 13, 2019

Are you blocking the device somehow?, take a look at Settings > Privacy > Camera and see if something is amiss there? (And any other settings you might find in the list!): 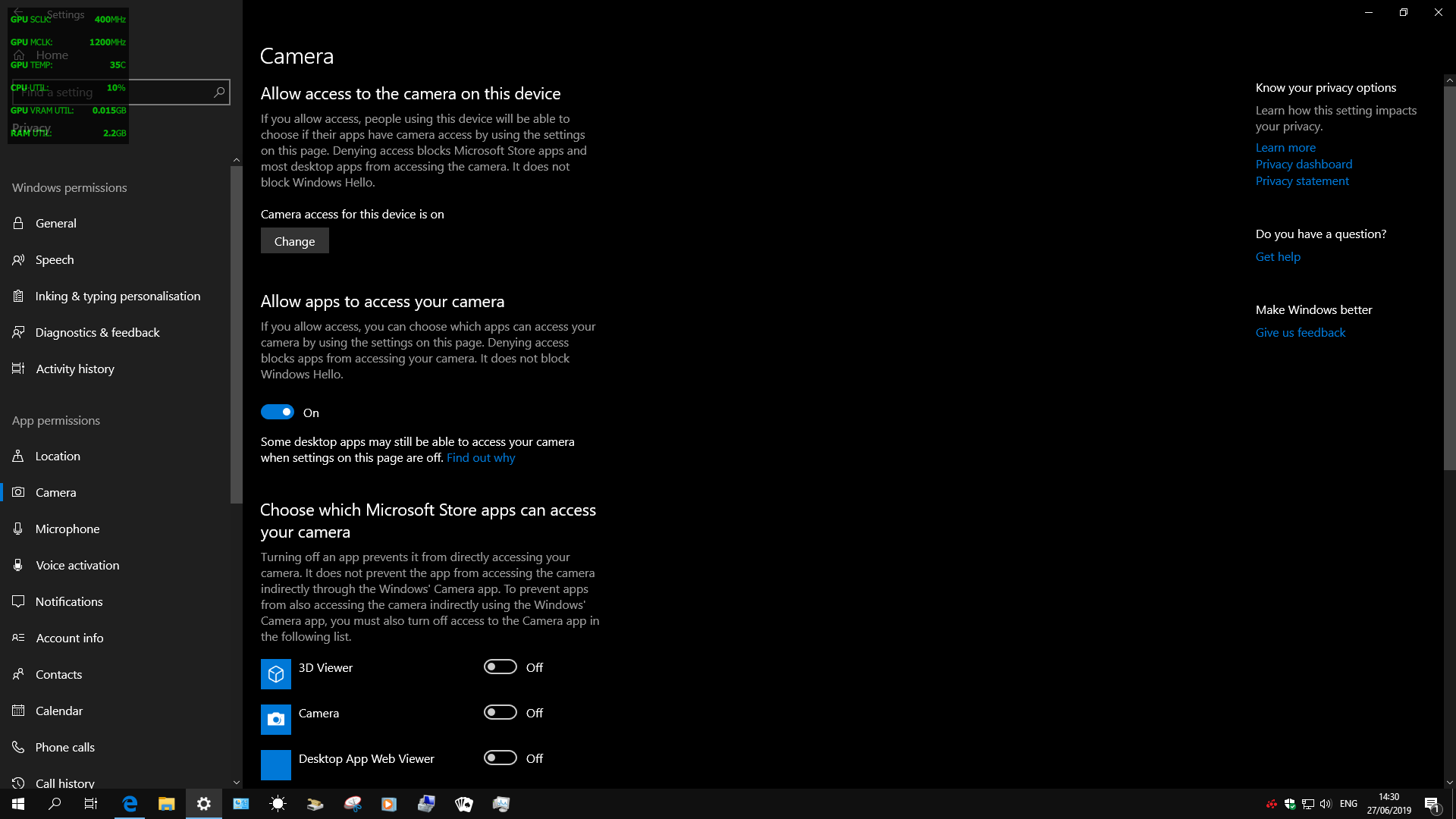 Yes, I have tried that as well. I have been to other sites but none of them has the correct fix? I've noticed in my searches online I'm not the only one with this problem, some people think its to do with a Windows update but which one would it be so I can delete it?

Is it the camera or the SD card it isn't reading?, can you read the SD card via a card reader at all?.

You can buy a cheap USB SD card reader in most tech shops!. A list from eBay as an example:

I have a Canon PowerShot ELPH170IS and not seeing any problems with Win10 but I prefer simple file management in transferring pictures.

One caveat, be sure the card reader can use SDHC [4GB and over] along with SD cards.

Wolfie said:
Is it the camera or the SD card it isn't reading?, can you read the SD card via a card reader at all?.

You can buy a cheap USB SD card reader in most tech shops!. A list from eBay as an example:

My computers card reader doesn't work either but my SD card works in the camera and in other computers. I've swapped USB cables and SD cards to try to isolate the problem. My card was 256mb my new one is 16gb. I want to fix my computer not to buy a card reader. Why can't my computer recognize my camera when it recognizes everything else?

Could be a bad motherboard if nothing works in the USB or SD ports. One test I do with hardware issues is boot to a Linux Mint LiveDVD or LiveUSB and check, if they work then the problem is with Windows, may need a clean install.
Ad

I used Linux mint once and had all of my passwords stolen! Don't get me going on Linux, I do not like it! Anyway, everything else works on the USB ports except for my camera? It was working great for ages then it stopped. I have done a clean install of Win 10 to try and fix this, in fact, I've tried just about everything, I've tried other USB ports, my printer and DAC are recognized OK its just the camera that's invisible to Win 10. Other people have the same issue as me and some suspect it's from a Windows update in March I think it was, if I knew which update it was I would delete it?

Is there anything in Devices & Printers that might be stopping it from working?. Other than that; I don't have anything else for you sorry!. 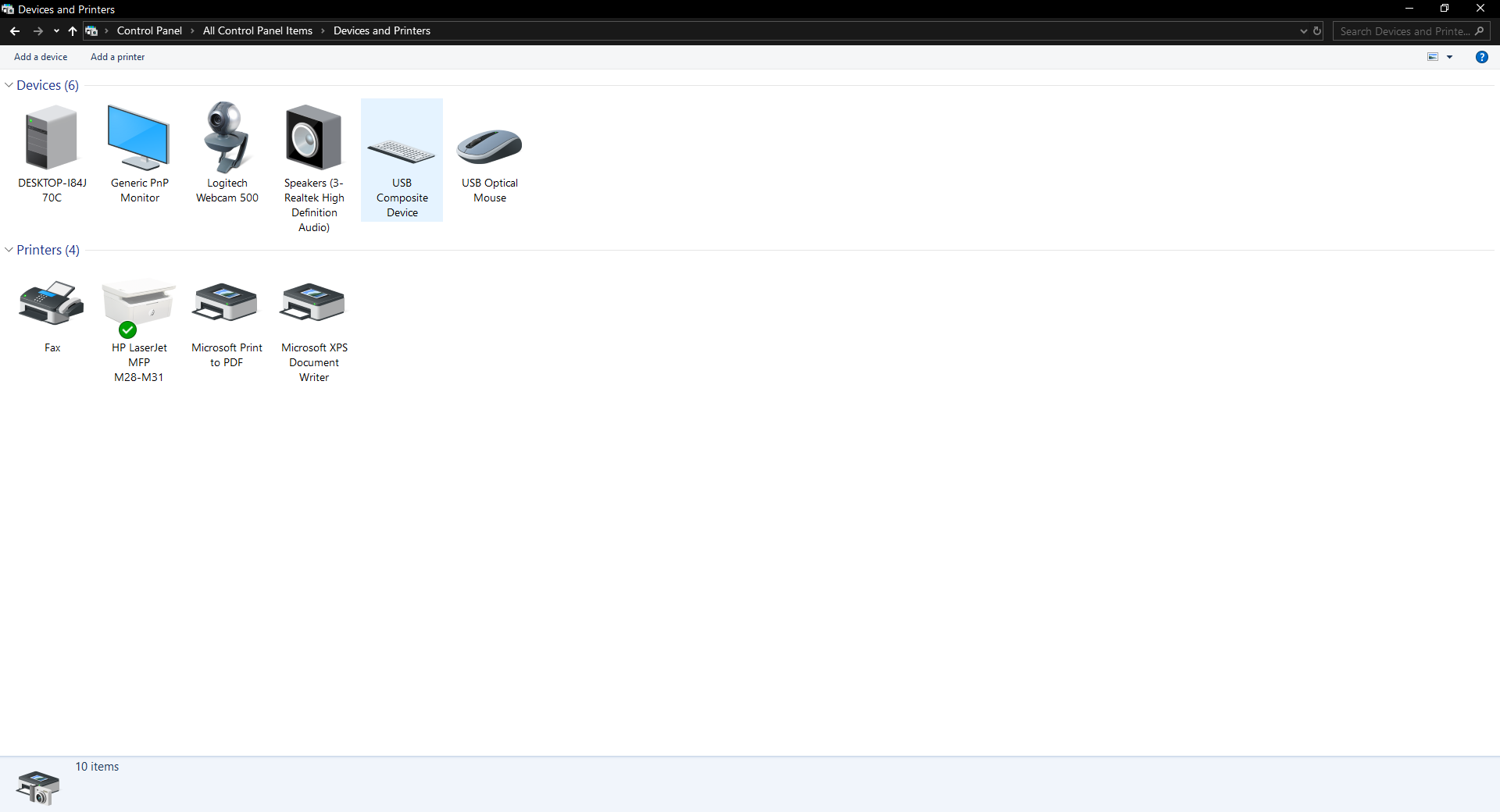 redrooster said:
I used Linux mint once and had all of my passwords stolen
Click to expand...

I suppose that is possible if dual-booting Windows and Linux but I don't, have it on a separate Desktop and Notebook.
T

OP had better reinstall.Don't waste time thinking about other reasons.

I've reinstalled win 10 already that was done months ago! I've tried all the Win 10 forums, etc and all the suggestions but nothing so far has worked to fix this problem? I've narrowed it down to two things either its the result of a Microsoft update or a problem with the motherboard? I've come across some people who think they may have acquired this problem in March (I think?) from a MS update?
Ad

I know you don't like Linux BUT an excellent free diagnostic for the capability of the motherboard is a 'late-model' Linux LiveDVD such as Ubuntu, Mint, Lubuntu, etc., download the .iso file and burn the disc, an exact copy of the original, boot to it and check if the ports work outside of the Windows environment. If they do not work then the motherboard is the remaining problem.
www.distrowatch.org

OK, I will try Linux Mint to see if the ports work with my camera, offline. lol Thanks for the link. Hang on, I just thought of something. How, do I download Canons software to Linux Mint for the camera window to work?
Last edited: Jul 5, 2019

redrooster said:
OK, I will try Linux Mint to see if the ports work with my camera, offline. lol Thanks for the link. Hang on, I just thought of something. How, do I download Canons software to Linux Mint for the camera window to work?
Click to expand...

You don't really need software, what is needed is for the cable from the camera be plugged into various ports to see if they work, same for the SD card from the camera into the SD port on the computer. If the ports work the file manager in Linux should be able to see any data. I have a few Canon cameras [moved from the film versions] and don't use their software for simple file management.
Ad

I've tried different and brand new cables on different USB ports for the camera, they all work perfectly on everything else but my camera?