It's finally here - the Windows 10 anniversary update is starting to roll out. It's a gradual rollout, so keep your eyes peeled over the coming days and weeks for the upgrade.

This update features many bug fixes, improvements, features and tweaks - although the big changes are:
Please do let us know what you think of this new update on the forums!
Ad

Darn. I don't use any of those!

davehc said:
Darn. I don't use any of those!
Click to expand...

Neither do I (although I may use Ink once it has been rolled out to my Surface) - although I'm still quite excited that we get to see some big changes rolled out like this .

End of the line, in a manner of speaking, for me. Windows 10 has not given me any insurmountable problems throughout its life (so far). Now, with all of the bugs fixed,l why do I need to go further. ( curiosity excepted, of course)

Ian said:
It's finally here - the Windows 10 anniversary update is starting to roll out. It's a gradual rollout, so keep your eyes peeled over the coming days and weeks for the upgrade.

This update features many bug fixes, improvements, features and tweaks - although the big changes are:
Please do let us know what you think of this new update on the forums!
Click to expand...

I don't see anything there that would be of any use to me.
I don't use the pen stylus.
I Very rarely use contana.
I don't use edge.
I use classic shell so am one step ahead of M S on that one.
{ Everything is working why do i need to change it. }

Nothing for me there. But I'll install it as I assume there are bug fixes included.
Ad

I wish they would publish some sort of release schedule. I have two desktop machines to update and so far as of this posting nothing is appearing in updates. Would be nice to know when I can expect it to show up.

I wonder too if the update will fix my annoying taskbar issue.

Has anyone actually got it yet?
It's only 8:00 A.M. Redmond time I don't think they're even out of bed yet.

Just checked Windows Update..... nothing.
HOWEVER..... Just checked the root of C:\ and it looks like it is currently downloading in the background.
Have the two $WINDOWS.~BT and $Windows.~WS which were not there a couple minutes ago.
Also checking the status of my NIC I see that it is busy, receiving so things are looking up, albeit slowly.

I've not got it yet either, but it looks like it's available via VLSC already as some people have been using it already. For anyone waiting for Windows Update, it looks like we'll need to wait until 10AM PT / 1PM ET / 6PM BST. About an hour to go from this post .

Trouble said:
Have the two $WINDOWS.~BT and $Windows.~WS
Click to expand...

I have those also, just not sure they are new.
Ad

Generally they will have a date created / date modified associated with them.
Personally, I always manually delete them myself, so I know they are brand new and were not there when I started my computer this morning. 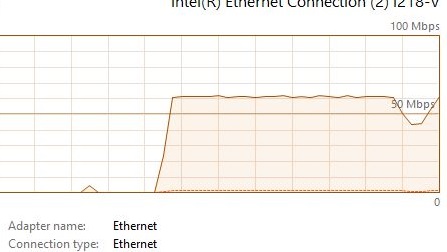 Downloading now. Just realized that I had the "defer upgrade" option checked. Unchecked it and update came up.

I'm back and it took about 30 minutes of install time.
D

Download and update took 30 minutes. Update was a rather lengthy process but all went well and no immediate problems or issues have surfaced. A quick check of settings and didn't seen any that had been changed during the update.
Ad

The modified OS is available on MSDN for those with an account - all versions.

Cool.
As I've mention in another post on this forum (insider sub-forum).
It's version 1607 Build 14393.
So we've had it for a couple days now with two or three cumulative updates bringing it to rest at 14393.10
https://twitter.com/donasarkar/status/760521668653518849
Did you guys check for updates after your upgrade?
Did it auto install the most recent cumulative update during the upgrade process, leaving you at 14393.10?